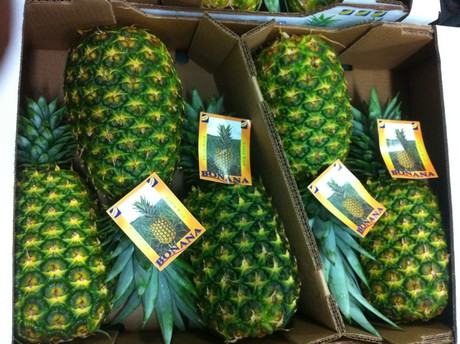 The weather conditions have led to a great pineapple production in Costa Rica, and consequently to low prices, but just like every year, the price of Costa Rican pineapples, famous for their exceptional quality, will increase in the coming weeks.

“The temperatures at the end of the year cause an uncontrollable acceleration of the flowering,” explained Sonia Alvarado, of Grupo Hispacori. “This flowering advances part May’s pineapple production, leading to low prices for the fruit.”

Grupo Hispacori has 240 hectares devoted to pineapple production and have another 60 hectares on lease. The firm also has a packing plant with refrigeration chambers at the plantation, which is close to Pital, where most of the production agglutinates. But like every other producer in the region, they must contend with the market’s fluctuations imposed by the weather conditions and the changes in the international market, among other variables, such as the financial recession worldwide.

“The natural flowering takes place in June, and by July there will be shortages and prices will increase again,” said Alvarado. Although other producing nations such as Guatemala, Panama and Ecuador also produce during July and August, Alvarado emphasised Costa Rica’s optimal conditions in terms of weather, type of soil and agricultural technology. 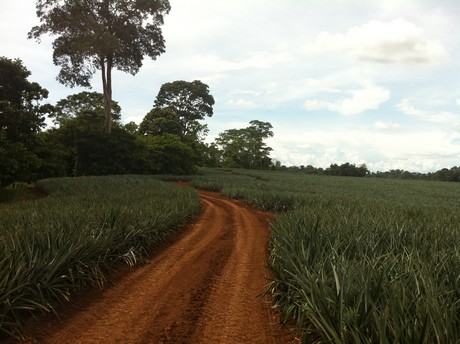 “Costa Rica’s pineapples have distinguishing features,” said Alvarado. “The weather, the soil and our high-end technology make all the difference.” The fruit requires a specific combination to match Costa Rica’s quality. For this reason, the shortages during July and August cannot be complemented by production volumes from other countries.

Grupo Hispacori has the GlobalGAP certification and is able to export anywhere in the world. They currently make shipments to Spain, the Netherlands, Germany, Italy, Russia, Turkey and the United States under the brands Bonana and Tica Linda. Although they prefer exporting to Europe, Alvarado said that they seek to expand in new markets.

“We are looking for clients in new markets,” said Alvarado, “because even if no large volumes are shipped, the flow is constant.”

(The Guardian) When she first set foot in Costa...
Front Page