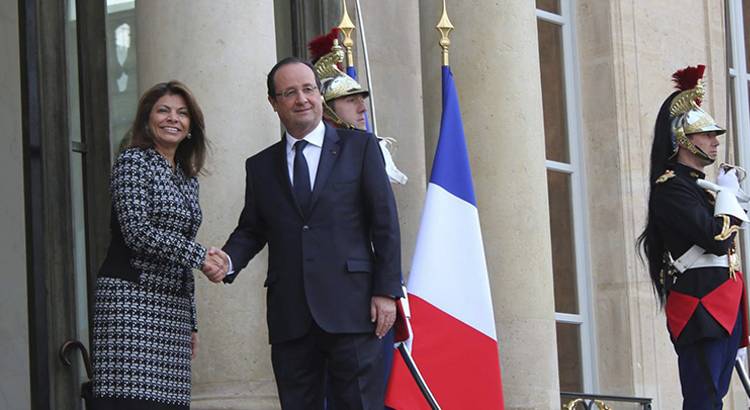 In France, Costa Rica’s Presidenta Laura Chinchilla signed an extradition agreement during a meeting in Paris with her counterpart, François Hollande.

According to Communications minister, Carlos Roverssi, who is accompanying the Presidenta on her Eurpean tour, the two leaders also signed cooperation agreements to strengthen maritime security and legal assistance in criminal matters.

Also inked was an agreement to increase the number of scholarships awarded by France to Costa Rican students.

Roverssi added that Chinchilla and Hollande discussed the struggle for the abolition of the death penaly, nuclear disaramanet and climate change.

Costa Rica does not have a death penalty.

In Europe, Chinchilla is expected to meet with Pope Franics, at the Vatican, on Friday.

Before that she will be attending the 37th UNESCO General Conference  that opens on Tuesday in Paris.