Hundreds of Costa Ricans in Rome, while thousands more – a stadium full – in Costa Rica, did not sleep Saturday night waiting for the doors of St. Peter’s Square to open in the Vatican, to celebrate the two new saints.

The doors opened at 5am and the mass started at 10am (in Rome), for the sainthood of Popes John Paul II and John XXIII

In Costa Rica, the gates to the National Stadium opened at 6pm, to the sights and sounds of fireworks, braving the cold air and rain. Some 20.000 packed the stadium in La Sabana, watching the Vatican ceremony broadcast early Sunday on giant screens.

Many faithful carried photographs of John Paul II, who is especially popular in the region. Vendors outside the stadium hawked tiny figurines of the late pontiff who visited Costa Rica in 1983.

For Costa Rica this was a very special occasion, for at the centre of the canonization of John Paul II was the “miracle woman”, Floribeth Mora, who carried the relic of new saint John Paul II to the altar.

Mora, is the Costa Rican woman whose 2011 recovery from an inoperable brain aneurism was declared the miracle needed to canonize John Paul. The same relic — his blood — was also used for his 2011 beatification. 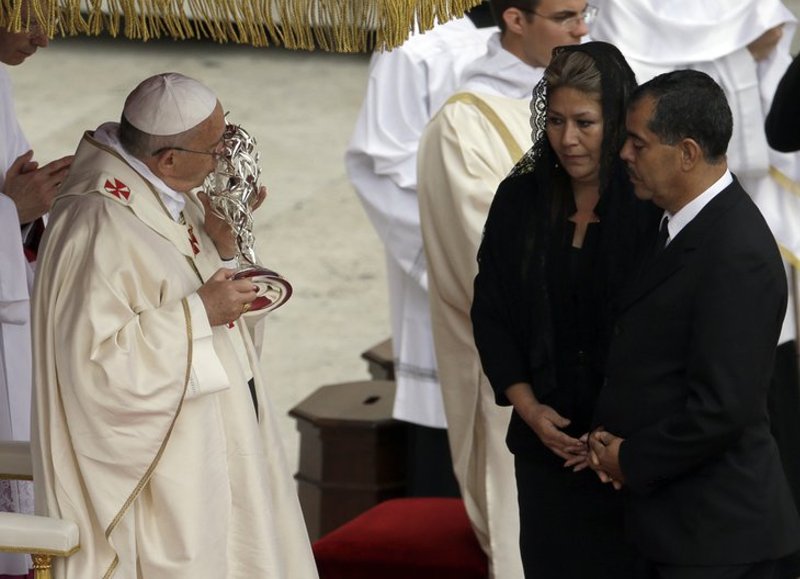 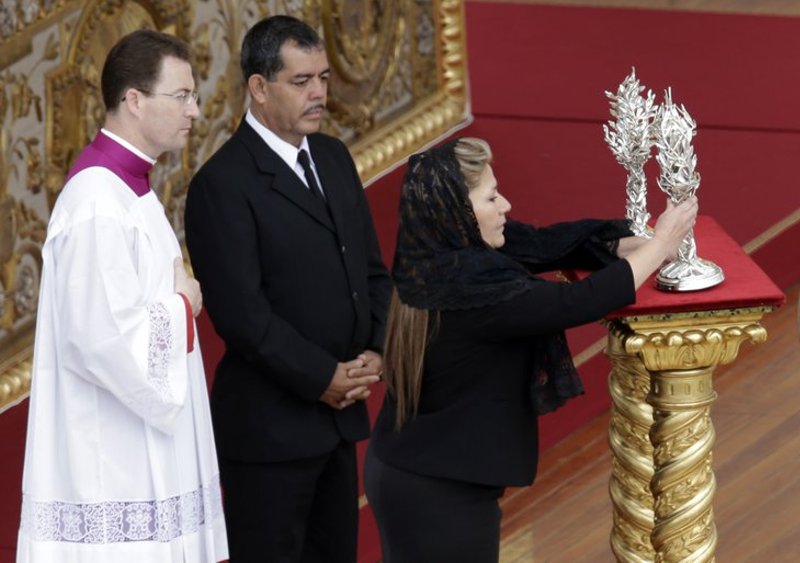 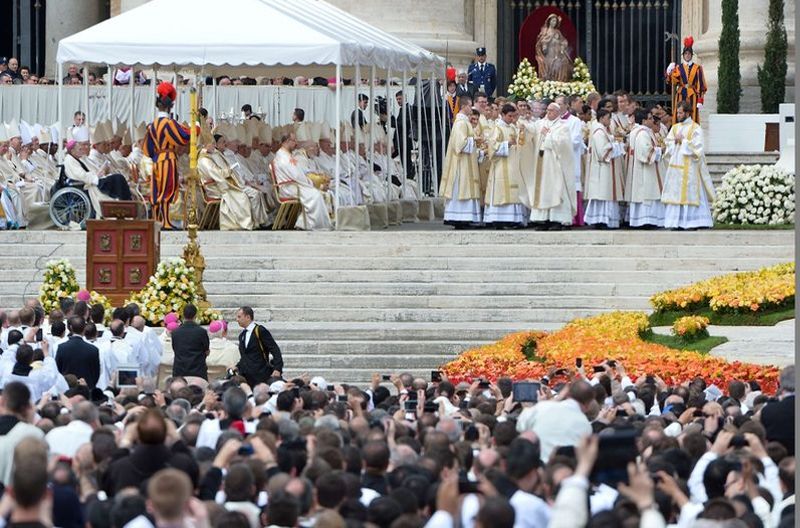