Missing from the inauguration of president-elect Luis Guillermo Solís on May is Nicaragua’s president, Daniel Ortega. 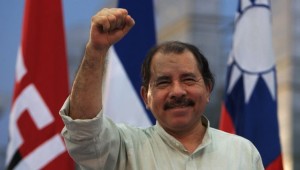 Bayardo Arce, presidential adviser on economic affairs of the Sandinista government told the press, “despite that independently the new president (Solís) has decided to follow the path of his señora (Laura) Chinchilla, that does not affect the brotherhood among Ticos and Nicaraguans or economic and commercial activities, just that the president of Costa Rica not coming here, its possible our won’t go there, but we will continue to meet during the Sistema de la Integración Centroamericana (Sica) and international organization meetings”, was revealed in the El Nuevo Diario.

Arce described as “unfortunate” the position of the Costa Rica’s next president.

“I think fortunately Central American businesses are sometimes smarter than their governments … and more practical ,” said Arce Castaño after being asked if the position of president Solis will affect trade.

“Despite all the unfriendly policy that the president had so far (Laura) Chinchilla, economic, and trade investments in Costa Rica and Nicaragua have continued to grow, and I think that will continue”, he added.

QCOSTARICA - President Carlos Alvarado said he has all the confidence in his Minister of Public Works and Transport (MOPT, Rodolfo Méndez Mata, and...
News

QCOSTARICA - The pandemic caused by Covid-19 fuels the strategy of positioning Costa Rica as a world destination to develop wellness tourism, since travelers...
Expat Focus