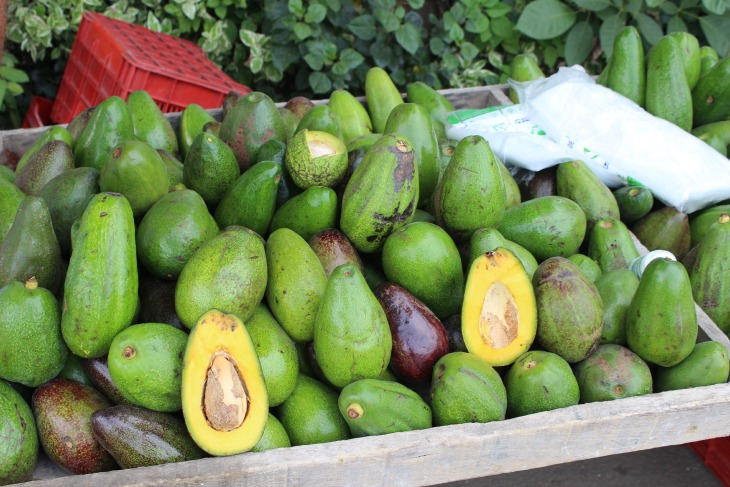 (qCOSTARICA) – Randall Benavides, president of the Chamber of Exporters and Importers of perishable products, confirmed that Costa Rica had imported 15 containers of avocado from Peru, which are priced 50% higher than the ones imported from Mexico, during the past seven weeks.

“Logistical costs to bring that product from Peru increased considerably and are paid by the consumer, since the market was closed on May 5, 2015 due to a health restriction that prevents marketing said product,” he said.
The closure of the market was approved by the State Phytosanitary Service (SFE), without previous notice, after suspecting that Mexico and eight other countries were affected by the sunblotch plague.
Benavides said the price could continue to increase in August, when Hass avocado production in Peru comes to an end and they have to buy the avocados from Chile, a country which has a lot of product destined for China and domestic consumption, and from Colombia, a nation with which they would have to pay taxes as Costa Rica and Colombia haven’t signed a free trade agreement (FTA).
The main importers, as evidenced in the Information Technology System for Customs Control (Tic @) are Hortifruti and Fruit World.
The closure of the border has generated a conflict between the Government of Costa Rica and Mexico that was even taken to the World Trade Organization (WTO), where a mechanism for consultation in the Committee on Sanitary and Phytosanitary Measures, which has up to 60 days to resolve, was activated. If the Committee doesn’t come up wit a resolution, the party that considers is being affected may file for an arbitration panel.
The representative of the national avocado industry, Rodrigo Jimenez, said that there still was domestic production and that consumer’s determined what avocado they would buy.
There are still some 50,000 kilos of avocado in the area of Los Santos, and Orotina and Esperanza are expected to yield one million kilos more in Esperanza, but not of the Hass variety, of a slightly sweeter and larger avocado.
Via Freshplaza.com, from: crhoy.com
- Advertisement -

QCOSTARICA - The contagion rate of covid-19 in Costa Rica fell for the second consecutive week and registers the lowest values ​​of the last...
Coronavirus

There’s no one out there that doesn’t love the sense of adventure that comes with exploring a new place. Whether you’re planning a short...
Health

QCOSTARICA - Caja patients with diseases other than covid-19 will be transferred to private hospitals, to make room for covid patients, through the "Urgent...
National

QCOSTARICA - Sunday night, 432 of the 1,188 covid patients in hospital are in Intensive Care Units (ICU), after suffering complications from covid-19. In the...
Business