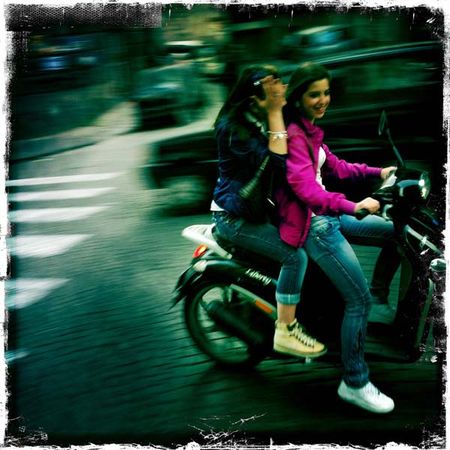 Disclaimer: The following article is purely fictional, a satire/parody.

The government of Costa Rica announced a ban of all two wheeled motorcycles on public roads. The ban is immediate and includes all types of motorcycles and scooters. Three wheeled cycles are still OK.

A government source said “they are just too dangerous”.

For the moment bicycles are still allowed. However, the government has commissioned a study to determine if bicycles should also be banned

The transit police said it will start applying the ban as soon as the Semana Santa holidays are over, due to lack of sufficient officials.

The explanation given for the ban is that it will save the state run medical system, the Caja Costarricense de Seguro Social (CCSS) or Caja a lot of money. Authorities indicate that motorcycles are involved in the majority of traffic accidents.

The INS, the state run insurance company, is also expected to benefit from the ban. It is not a state secret that the majority of motorcycle owners do not pay the Marchamo, annual circulation permit. By banning motorcycles, owners of motorcycles would buy a four wheeled vehicle and owners of passenger vehicles, trucks etc. pay their Marchamo.

A source close the Q had another theory and more plausible reason for the ban. Gasoline station owners were denied an increase in the profit margin by the regulatory authority. The denial came before Semana Santa when the ARESEP was forced to postpone the gasoline price decrease under the threat of gasoline station owners to shut down the dispensing of fuel.

The source tells the Q that a backroom deal was brokered where the government would ban motorcycles, being more economical and requiring less fuel, forcing consumer to buy more gasoline to fill the larger tanks of other vehicles. So, though the station owners did not get their increase, they make more profits by selling more gasoline.

And the timing was right. What better to do this during Semana Santa while everyone is on vacation!

Whatever the reason behind the ban the question by many motorcycles owners is now, “what do we do with our motorcycles? If we can’t drive them on public streets and there are no buyers, what now?”

One motorcycle dealer says he has he answer:  a conversion kit. Yup, the kit converts a two wheeled motorcycle to three or four wheels, which are not banned.

The dealer, Gitao, who spoke to the Q, said  “If we have to we will do a Macgyver* but guarantee a conversion every time”. The dealer did no provide details on the conversion kit or the cost.

One motorcycle group, “Somos Los Motorizados”, formed quickly in response to the ban, said they will take to the streets in protest. Juan Carlos Campos, head of the group , admitted it won’t be like the past demonstrations since they can’t be out in their motorcycles.  Campos says the group is struggling to figure out a way for the people and government to know it is a group of motorcyclists protesting or the teachers or ICE employees, for instance.

SLM, without putting too much thought in the idea told the Q that if this ban sticks they will take it to the Constitutional Court, where hopefully it will be struck down or at least tied up for a few years.

In the few hours the ban went into effect. a poll by the Q revealed that all interviewed were in favour of the ban. To be fair, however, none of the interviewed were motorcyclists. One motorcyclist refused to give her opinion, showing us the finger, leaving it up to interpretation if it as good or bad sign. 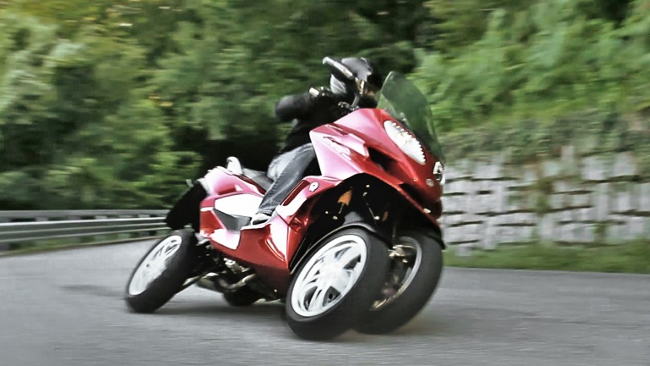 * Macgyver:  the ability to use a dorito, some duct tape, and a paper clip to create a time machine. I dont know what im talkin about.