It's September 9, the start of the "controlled opening" phase that requires maximum personal care. Mask is mandatory. Business activity can operate to 10 pm on weekdays and 8pm on weekends. Gyms, cinemas, theaters, event halls, weddings, religious services and ‘baby showers’ are back.

It's September 9, the start of the "controlled opening" phase that requires maximum personal care. Mask is mandatory. Business activity can operate to 10 pm on weekdays and 8pm on weekends. Gyms, cinemas, theaters, event halls, weddings, religious services and ‘baby showers’ are back.

(QCOSTARICA) Today is Wednesday, September 9, the day that Costa Rica enters this a new stage of reopening its economy to allow the gradual reactivation of economic activity, to the end of the month, under the “controlled reopening phase” modality. 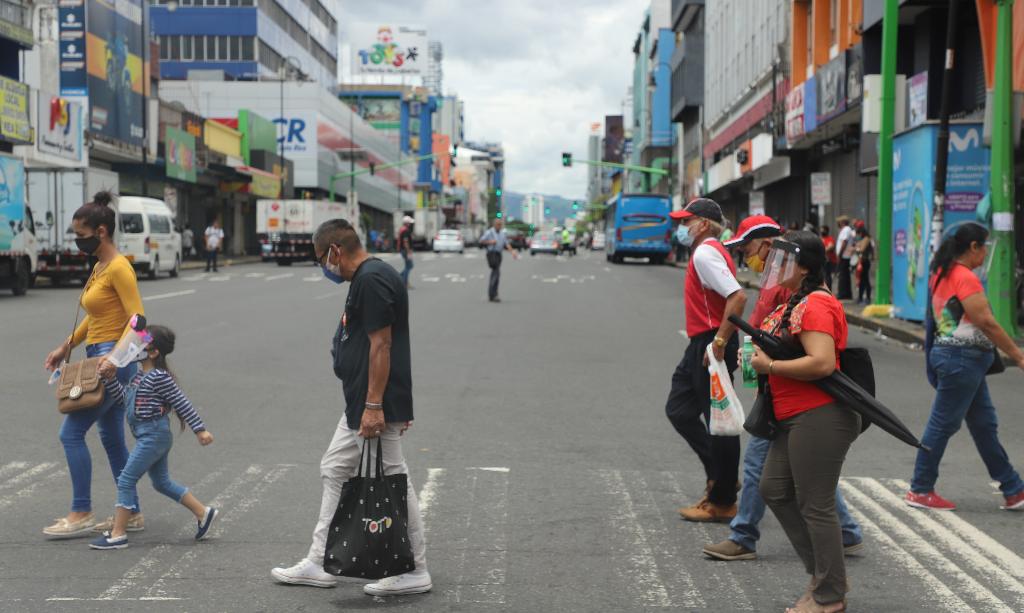 “People need to work. We are letting people work, but the health sector faces a difficult situation,” said on Tuesday, Dr. Daniel Salas, Minister of Health, asking the population to take extreme care when leaving their homes because of the soaring number of infections, hospitalizations, and deaths.

On Tuesday, the Minister reported 1,117 new infections, bringing the total a few droplets away from the 50,000 mark. The number of patients in hospitals and of those requiring intensive care is also at an all-time high of 500 and 236, respectively, which are at 65% of their capacity.

On Tuesday, 21 deaths were reported, the single highest number for a 24 hour period. The total deaths is now at 531.

The “controlled reopening phase” starts with the mandatory use of a face mask in all closed public places – shops, restaurants, supermarkets, doctor’s offices, clinics, hospitals, theater, cinemas, churches and so on. The use of the ‘careta’ or face shield is now complimentary, that is you can use a mask alone or a mask and a shield, but not the shield alone.

Of course, the use of the mask is recommended at places of work that is not accessible to the public, such as a private office, but not mandatory.

As to economic activity, the country enters a new phase that allows almost every type of commercial activity from 5 am to 10 pm on weekdays and 5 am to 8 pm on weekends, irrespective if in a yellow or orange alert area, and where the only prohibited are “mass concentration events”, casinos, bars (unless they have changed their category as it is being allowed to do), discos and nightclubs.

At this stage, hotels, restaurants, supermarkets, hardware stores, workshops and other activities that had already received Health’s endorsement continue to operate

The rest is allowed with some limitations. For the full list of what is allowed and not, visit the official government website at presidencia.go.cr/alertas.

Some of the requirements of commercial establishments with a health permit is to operate at 50% capacity based on their maximum number of people stipulated in the operating permit; worship centers with a maximum of 125 people (increased from 75); cinemas and theaters are required to have electronic ticketing, use of a mask, distancing of 1.8 meters between seats and “respecting social bubbles”.

Salas stressed that the risk is great and it depends on each person to take care of themself because we are going into this reopening with some 30,000 people still infected, that is still can infect others.

Every time you go out of the house it must be assumed as a risk. Daniel Salas, Minister of Health

The Centro Centroamericano de Poblacion (CCP), research center of the University of Costa Rica, has yet to update the R number or rate of reproduction of COVID-19, as it does every Wednesday. The rate as of September 2 was 1.15.

The reproduction number is a way of rating coronavirus or any disease’s ability to spread. It’s the number of people that one infected person will pass a virus on to, on average.

The Minister’s message on this day of reopening is clear.

“That figure, the 1,117 cases (on Tuesday), is what can be identified, but there are many more people who are confident that they are not infected but they are infected and are transmitting the virus to their families, friends, co-workers. Therefore, we have to be very careful,” said the minister.

“We cannot let these 21 deaths (reported on Tuesday) be seen as just another figure, as something that has become part of the landscape,” Salas said, adding that from Thursday to Tuesday, COVID-19 went from being the tenth cause of death in the country to the eighth.

What will happen if the numbers keep on the increase?

Dr. Salas and President Carlos Alvarado have been clear in their warnings that, faced with a risk of collapse of the hospital services, it will reverse the advance of the economic reopening, both locally or even nationally, depending on the data.

And that is also why the CNE, despite a national reopening, keeps cantons and districts identified as being either under orange and yellow alert.

Although the slogan changes, the maxim remains to avoid exposure as much as possible, to telework, avoid crowds, and take care of those with higher risk factors.

Also, to maintain a distance of 1.8 meters and wash hands as much as possible and avoid touching the mouth, nose, and eyes before washing or sanitizing with alcohol gel.

Perhaps these protocols are being respected, but for the president of the Comision Nacional de Emergencias (CNE) – National Emergencies Commission – Alexánder Solís, the most difficult to comply with has been to avoid the bursting of bubbles.

The CNE is responsible for carrying out analysis of the pandemic. And according to the analysis carried out so far in the cases in which the epidemiological link was identified (that is, knowing where the person was infected), reveal is that 55% of the cases are associated with social and family activities.

According to Solis, people are more relaxed in a social environment with family and friends, unlike at work where one’s guard is up more.

Another concern of authorities is the mindset that the reopening of the economic activity is akin to we have beaten the virus, the pandemic is over.

Then of course there are still those who believe this, the pandemic, to be all a hoax and Costa Rican government and all the governments of the world to be in cahoots (colluding or conspiring together secretly), to …

What is your opinion on this reopening phase? How does it affect you? Post your comments on our official Facebook page, Twitter or send an email.

QCOSTARICA - After complaints raised by migrants because they were denied...
Read more
- paying the bills -

QCOSTARICA - For today, Monday, September 13, despite being...
Coronavirus