The previous record was on September 18, with 1,556 infections. Four hospitals without ICU beds for the most seriously ill patients. 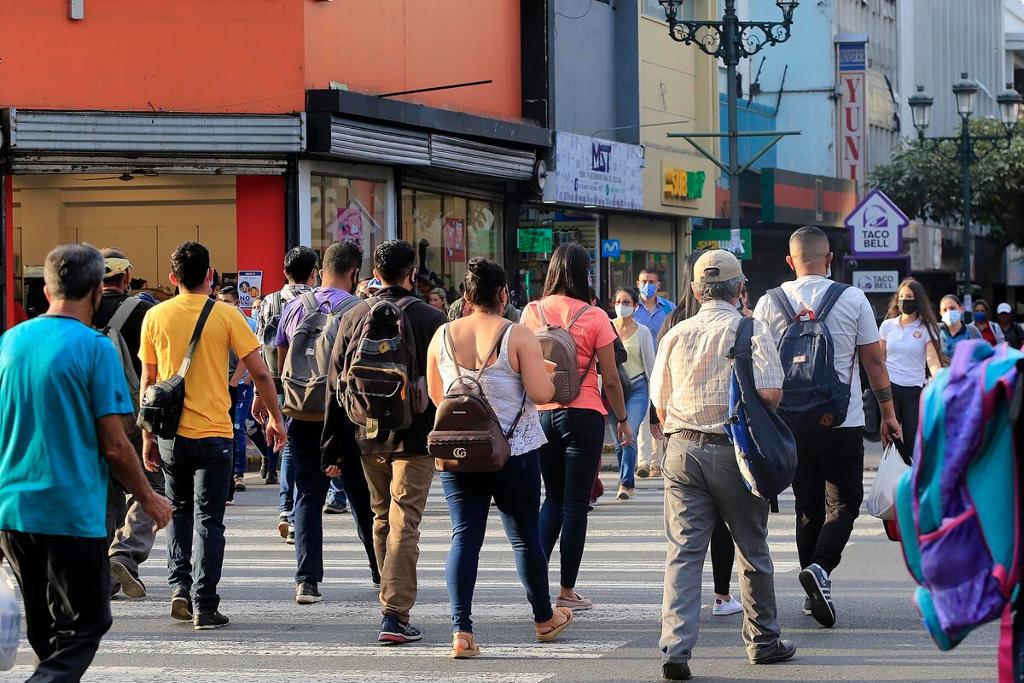 QCOSTARICA – Thursday, April 22, was a record breaking day for covid-19 cases in Costa Rica when the country registered the highest number of cases in a single day, 1,776.

This is the highest number reported in a single day since the start of the pandemic, in March 2020.

These are 220 more infections than the previous record of 1,556 registered on September 18, at a time when the country was facing the peak of the previous pandemic wave.

The figure comes at a time when the hospital occupancy of the Caja Costarricense de Seguro Social (CCSS) reports 83.49% of use in intensive care.

The situation is more difficult in critical intensive care, where 87.9% of the beds are occupied and only 15 are free.

The Minister of Health, Daniel Salas, warned that since the pandemic began in March 2020, this is the most critical stage and asked the population “not to loosen” on the measures.

“There are new variants of the virus that are circulating among us, which make this virus transmit much more easily. We are seeing younger people who are occupying beds in intensive care units.

“The availability of critical care beds is very limited, we have only had five or seven beds available in recent days, and if we continue at this rate it is possible that in the following days there will be no more beds,” stressed Salas.

This is where we are

What is concerning is that, unlike the past waves, current hospital internment is of increasingly younger people, under 50 years of age.

In the Legislative Assembly, the institutional doctor recommended isolation to the 57 legislators for 10 days, after a legislator and an advisor tested positive.

Also this Thursday, the Liceo de Costa Rica suspended face-to-face classes, due to the death of a 38-year-old teacher. Five other teachers are infected.

To understand what is happening we must not only see the BIG number of this Thursday.

This past week there were four days in a row with more than 1,000 cases each day.

There is also a growing trend that started from the end of February but gained strength in March and April.

his was pointed out by epidemiologist Ronald Evans in his last report.

“On April 17, the daily average number of cases was 859, with an increase of 260 new patients with respect to before, which means that there was an increase of 44.1%,” he pointed out.

For epidemiologist Juan José Romero, what we see now began to take shape (albeit silently) since December. At that time it was not seen, but from the end of February, it became evident: we became overconfident, more permissive.

“We trusted ourselves, and apart from that we have already been in a situation of greater restrictions for a year and there is exhaustion. We become more permissive. People get overconfident, they relax,” Romero said.

Thursday’s was the highest we have seen in the pandemic, but that does not mean that it has reached a plateau. The data suggests otherwise.

Experts believe it is possible to continue seeing the number of cases continue to increase, setting new records, while the ability to meet the demand of hospital services decreases.

For virologist Eugenia Corrales Aguilar, there are many variables of attitudes and practices that are part of the field.

Having had a “benevolent” first wave adds to the situation. “As the health system did not collapse, as we did not see deaths in the street and we did not see that the oxygen ran out, people say ‘now for what’,” she said.

While Costa Rica was a model for most of the pandemic, now it appears to be joining the trends seen in other countries in Europe and America, as well as in India.

Many of these places opted for restrictive measures.

Why not appeal to stricter closures in our country?

Lack of money. That prevents Costa Rica from sustaining more severe restrictions and measures. The situation has to be very bad for the “tougher” measures to return.

But this could happen in 15 days. Or less.

For experts like Juan José Romero and others, there are data that are needed to be able to make a better analysis of the situation: How long have people been diagnosed with covid-19 when they arrive at the hospital? Do they go straight to ICU? Which are the risk factors? In these younger people, were there other types of chronic diseases?

Eugenia Corrales Aguilar adds other questions: What symptoms did the young people who did not have risk factors have? Is it a large or small percentage of those who come to the hospital?

Variants? We can’t blame the virus

Corrales, who is part of the Costa Rican team that performs the genomic analysis of SARS-CoV-2, the virus that causes covid-19, warns that changes in the pathogen’s genetics are not responsible for the situation we see today.

Due to lack of resources, our country has a very limited capacity to analyze the genetics of the circulating virus, but there are data.

Although the variants that cause concern in the world have already reached our shores, such as those that emerged in the United Kingdom, South Africa or Brazil, in Costa Rica the even more aggressive or lethal one has not been found.

“Around the world, we are seeing that young people become more infected and more complicated, but this is due to several factors, not just the virus,” she stressed.

Corrales added: “with the information available so far from here and the world, it has not yet been possible to determine whether the virus changed and became more virulent, more severe in the young population.”

Another factor that could influence, according to the virologist, is that people are waiting more before seeking hospital care. And this could be one of the reasons why we have more complicated cases.

For Romero, “It is still the same RNA virus. It is not that now it enters through the ears, but it has modified its genetics to become more efficient

“The reports tell us that there is greater transmissibility of these variants and a more efficient way to escape the immune system and we could have greater ease of contagion and disease, and, eventually, fatality. We prevent it and we avoid it in the same way, but if we get sick, we can get worse,” he said.

What can we do?

The experts all agree that “we must change our thinking and tell ourselves. It can happen to me. And act accordingly”.

Small things, perhaps, but have proven positive are wearing a mask, maintain social distancing and wash your hands or use gel frequently.

Stay at home if possible, if not, apply added care in public, especially in using public transport, at retail stores, supermarkets, etc.

The closedness of indoors and the proximity to other people we have to take from.

Regardless of which variant we have in the country, this virus is already very contagious.

Our thoughts should not only focus on getting medical attention (hospitalizations) but also long-term symptoms or prolonged covid.

Avoid staying in closed places, without ventilation. Get vaccinated when your turn comes.

We should not wait for authorities to apply restrictive measures, we should apply our own as much as possible.

There are factors that we cannot control, especially if we must work outside the home and indoors, but we can take action on others.

The simple truth is that if we don’t individually change the way we do things, this is going to get worse and it’s going to get very bad.