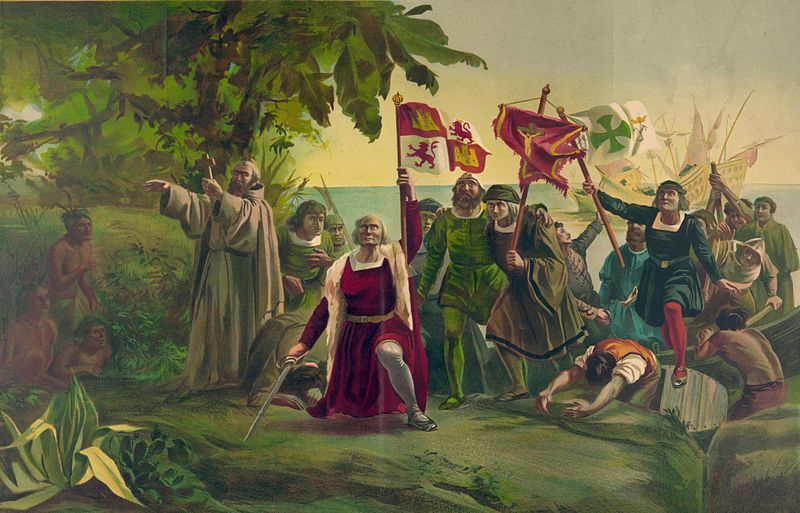 October 12 (or the nearest Monday to it) is traditionally celebrated throughout the Americas as the day Christopher Columbus arrived in 1492.

In Costa Rica, the name of the holiday has changed over the years, today known as “Día de las Culturas” (Day of Cultures in English).

The official ceremonies to celebrate the day are on Saturday. However, schools and some business will be closed on Monday.
The Ministerio de Trabajo (Labour Ministry) is clear that MONDAY OCTOBER 14 IS NOT A HOLIDAY! The U.S. Embassy in San José, for instance, is closed due to the holiday in the Unite States.

Background
Cities like Cuidad Colón and the major road into downtown San José, Paseo Colón, keep alive the name of the man who on September 25, 1502 landed on the shores of the Caribbean and rested on Cariay, now known as Puerto Limón. He visited the island called Quiribrí and gave it the name of La Huerta, now known as Uvita island.

This fourth and final voyage was ten years after his first and is more important to Costa Ricans, from where the country got its name “Costa Rica”.

Today, the “Día de las Culturas” celebrates more than Colón, it is also a recognition that since the middle of last century, the country has benefited from European immigration, American, Asian, Hebrew and Arabic, and others.

TODAY NICARAGUA – In the past week, a total...
Central America