The deaths occurred in the hospital in San Carlos, the Max Peralta and another private hospital (not named) in the Cartago province.

The head of the CCSS, Maria del Rocio Saenz, insists the number of deaths from this virus is “within normal ranges” and ruled out an outbreak.

In hospitals, with the AH1N1 virus, are four in San Carlos, nine in Cartago and two at the San Rafael Hospital in Alajuela.

The Minister of Health, Maria Esther Anchia, said this is not an unusual increase in respiratory viruses, however, is urging people to maintain basic care to prevent respiratory infections with constant hand washing and using of tissue or forearm to cover a cough or sneeze. 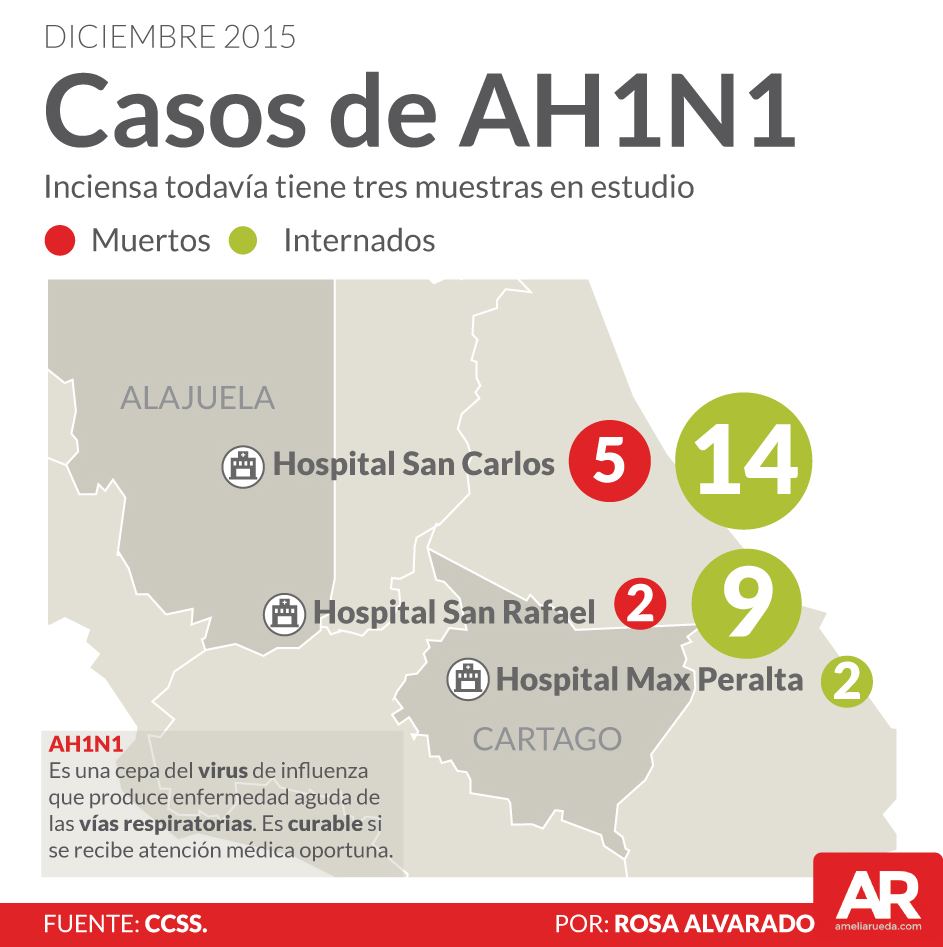 As a precaution, the hospitals in San Carlos, Cartago and Alajuela have activated a protocol restricting patient visits.