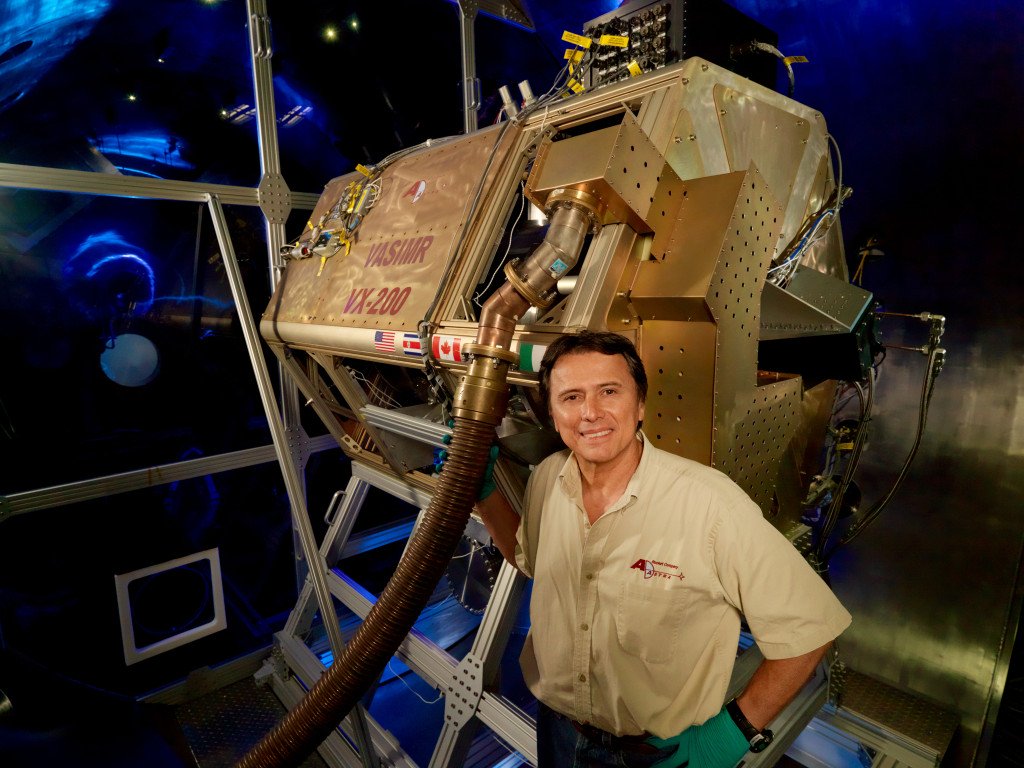 The VASIMIR is an electromagnetic thruster capable of propelling a spaceship to Mars in just 39 days, cutting the trip by months, according to Franklin Chang, a former MIT student, NASA astronaut, and CEO of Ad Astra.

Space need to be open to the entire world. We can’t have just a few selected human beings to represent humanity out there. There’s 7 billion of us but only a few hundred have been able to see the beauty of the planet. That doesn’t seem right…,” Franklin Chang

According to Chang, “this is like no other rocket that you may have seen in the past. It is a plasma rocket. The VASIMR Rocket is not used for launching things; it is used for things already in orbit. This is called “in-space propulsion.”

VASIMR heats plasma, an electrically charged gas, to extremely high temperatures using radio waves. The system then provides thrust by funneling the hot plasma out of the back of the engine. According to Diaz, VASIMR will save thousands of gallons of rocket fuel and tens of millions of dollars a year.

Magnetoplasma Rocket
Since the 1970s, starting at MIT and then for 25 years at NASA, astronaut Franklin Chang Díaz and his team of scientists have worked to develop a faster propulsion technology for space travel. The result is the VASIMR engine, a plasma rocket that can travel 10 times faster than a chemical rocket, uses 1/10th the amount of fuel, and can transport cargo more economically than any existing space technology. Watch the video published on Novemeber 18, 2014