The reduction is due to the country's clean electricity production that already reaches 98.85% this year. 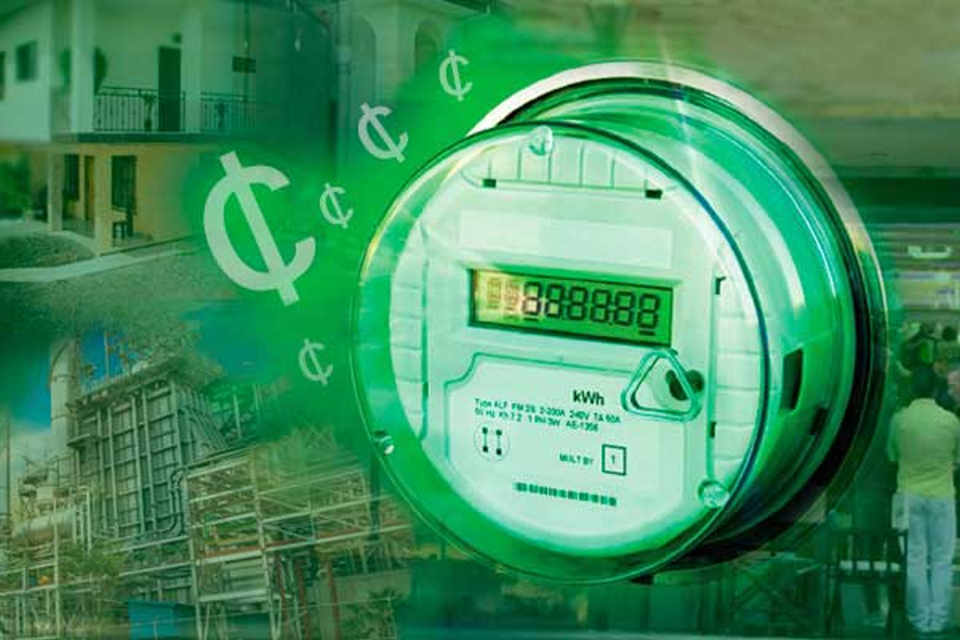 Between this month and January 2020, the state power company, the  Instituto Costarricense de Electricidad (ICE), expects to reduce rates by more than 10% in regions such as Limón, Zona Sur, Pacífico Central, sectors of Guanacaste and the Greater Metropolitan Area (GAM).

The first reduction, of 2.8%, has been in force since October 1 and is explained by the fall in thermal backup consumption, ICE reporting using less bunker or diesel fuel than projected in its plants.

The official statement explains that on January 1, 2020, ICE expects the approval for further reductions, using a new methodology called “Costo Variable de Generación (CVG)” that will lead to further reductions, due to the country’s clean electricity production that already reaches 98.85% this year. 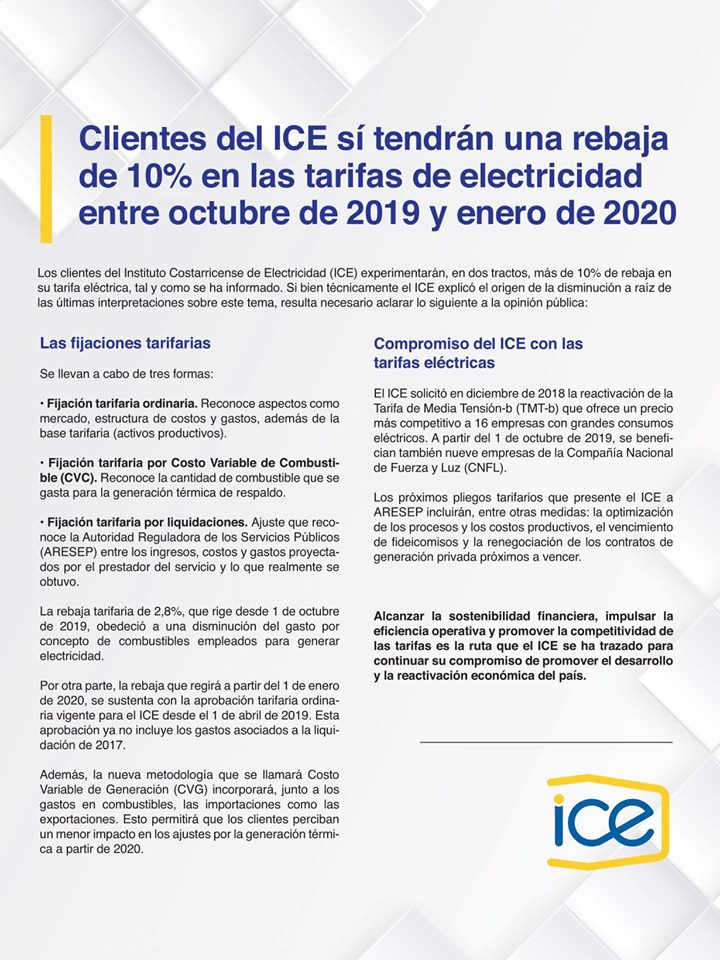 “The low in the price of electricity to ICE subscribers will help people and the economy,” said President Carlos Alvarado.

Want to save on your electrical bill? Take into account that the ICE subsidiary, CNFL, uses variable rates for the consumption in residential use. The lowest rate period is between 10:00 pm and 6:00 am

Click here for all rates (residential, commercial and industrial).