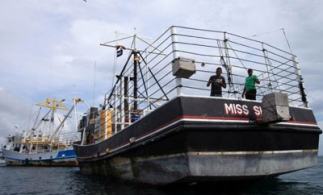 Costa Rican authorities arrested four members of a drug ring charged with smuggling cocaine via boat from South America to Mexico, a case described as unusual because it involved Costa Rican rather than foreign traffickers. 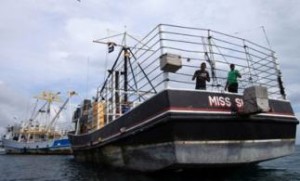 La Nacion reports that the suspects were arrested as part of a series of raids carried out by the country’s anti-drug police. The crew is accused of using Costa Rican fishing boats to move cocaine shipments from South America to Mexico. The crackdown comes after three suspected members of the same drug trafficking organization were captured 150 miles off the coast of Ecuador in late February, on board a speedboat packed with more than 300 kilos of cocaine.

Among those arrested was a man with the last name Gamboa Gomez, the presumed leader of the group.

Costa Rica is typically used as a stopover point for drug trafficking organizations moving cocaine shipments northwards through Central America. Still, cases in which drug traffickers make the long journey from Costa Rica to South America to pick up cocaine shipments — without using other stopover points such as the Colombian coast or Panama along the way — are more unusual.

Costa Rica’s security minister noted that the case was also “new” because it involved a Costa Rica-based organization that used boats to transport cocaine. Boats are typically used by foreign drug trafficking organizations to move cocaine shipments, while Costa Rica’s Pacific Coast was merely used as a refueling point and a logistical center, he said. However, in this case, the disguised fishing boats would sail from Golfito, off Costa Rica’s Pacific coast, towards South America.

The minster suggested that the ships sailed under the Costa Rican flag because they followed a route typically used by fishing boats, and believed they could detract the attention of international authorities.

Cocaine seizures continue to surpass all-time highs as more than five tons have been confiscated between January and March, and the issue of security remains high on the list of priorities for current Costa Rican President Laura Chinchilla.

During a visit from President Barack Obama earlier this month, Chinchilla stressed the importance of the US’s role in helping Costa Rica combat rising insecurity.