Costa Rica: Four Women Murdered By Their Partners So Far This Year

In 2013, a total five women died at the hands of their “significant” other, while ten others were killed by someone with whom they maintained some sort of relationship. 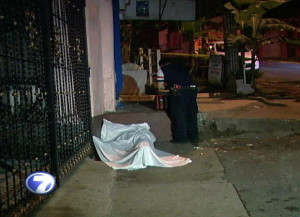 Four women has suffered the same fate in only the first three weeks of the year, a situation causing concern for authorities.

The INAMU – the National Women’s Institute – said it is launching an aggressive campaign to curb violence against women and to urge the public to report any type of aggression against women.

The INAMU is located in downtown San José, from the main entrance to the Museo Nacional, 75 m south on the Bulevar del Circuito Judicial.

QCOSTARICA - Osta Rica has been the epicenter of regional diplomacy in recent days. The successive visits of the Secretary of State of the...
Infrastructure