The majority of cases, according to the CCSS, are in rural areas. For instance, in 2012, the Calderon Guardia hospital in San José treated only one case of snake bite, while in the Willian Allen hospital in Turriabla they had 71 cases. 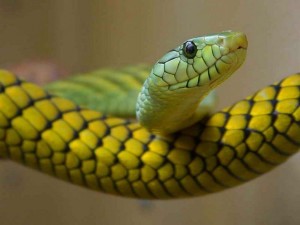 The director of the Willian Allen, Olga Alvarez, explaine that snake bite accidents occur frequently in the coffee farms and other agricultural activities.

“Turrialba is an agricultural area, with many coffee farms and many indigenous mountainous areas”, said Alvarez.

The Tony Facio hospital in Limón also has a high number of snake bite incidents. Limón is ripe in banana plantatons.

When it comes to children the number of snake bite cases is low. The Hospital de Niños (Children’s hopsital) in San José had only seven cases in 2013. This year the number has grown to nine.

According to the communications department of the Cuerpo de Bomberos (Costa Rica’s Fire Department), from January to date they have responded to 1.478 cases of snakes in residential homes.

Today, Tuesday, June 8, only ODDS can circulate. The measure is countrywide and applied between 5:00 am and 9:00 pm, save for those under the...
Quepos