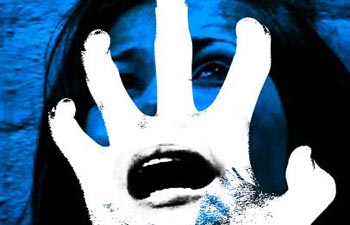 Historically women perceived that sexual violence in marriage was part of the role of wives, that they belonged to their spouse

A 39 year old man was sentenced to 36 years in prison for raping his wife was the sentence handed down by the Tribunal Penal de Goicoechea (in San José) last week. The court heard testimony of how the man, a software engineer, forced his 41 year old wife to have sex with him and physically assaulting her.

The couple had been married for 14 years and have two children.

On the evidence, judges Jorge Tabash, Ileana Méndez Sandí and Silvia Badilla Chang, found that the man identified as Orozco, did indeed rape his wife at least four times.

For reach count the court imposed a 12 year sentence, for a total of 48 years behind bars. However, because at least one rape was a repeat of the same offence, the judges adjusted the sentence to 36 years.

For Judith Salas, head of the Instituto Nacional de las Mujeres (INAMU) – National Women’s Institute,  the criminal court decision is crucial as it shows a change in the thinking of society.

“Violence in the family is historical. Historically women perceived that sexual violence in marriage was part of the role of wives, that they belonged to their spouse”, said Salas.

“But decisions like these reflect two things: one, is that women have started to become aware of their rights, and the other is to find answers at the various support agencies”, she added.

Salas stressed the importance for women to know that they can refuse to have sex with their men, and if necessary, can report any aggression.

In November 2011, a 51 year old man man in the Osa Peninsula, was sentenced to 35 years in prison for twic raping his wife.