Pascal A Free Man And Hero in Limón 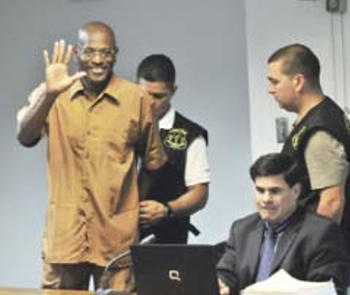 Carlos Howden Pascal, owner of the professional Limón soccer team, is a free man after a Goicoechea court of appeals overturned his money laundering sentence. He spent 18 months in prison.

Pascal sees international politics at play in his conviction. “I think that this country lowered its pants to please the United States,” he indelicately said in explaining his conviction.

After a long time in prison because prosecutors considered him a flight risk, he was sentenced on Aug. 30, 2012. Prosecutors charged he received money from illicit activities in the United States and invested it here.

U.S. prosecution said that Pascal’s brother, who goes by the name of Rodney Arnoldo Morrison, engaged in selling tax-free cigarettes provided to native American sources to non-native Americans between 1996 and 2004. He thus, they said, avoided paying high taxes.

In order to keep the ill-gotten proceeds from the U.S. Justice Department, Morrison sent the money to Pascal who invested it here, local prosecutors said. Pascal was arrested June 2, 2011, for money laundering.

But appellate judges Rosaura Chinchilla, Lilliana Garcia and Edwin Sala found serious defects in the trial. They ruled that the prosecution did not prove that Pascal knew that the source of the money was from non-payment of taxes on cigarettes.

Moreover, prosecutors claimed Pascal had received $30 million from Morrison. The U.S. court convicted Morrison in April, 2011, on a possession of an illegal firearm although the charges of arson, homicide for payment, firearm aggression and fiscal fraud were dismissed.