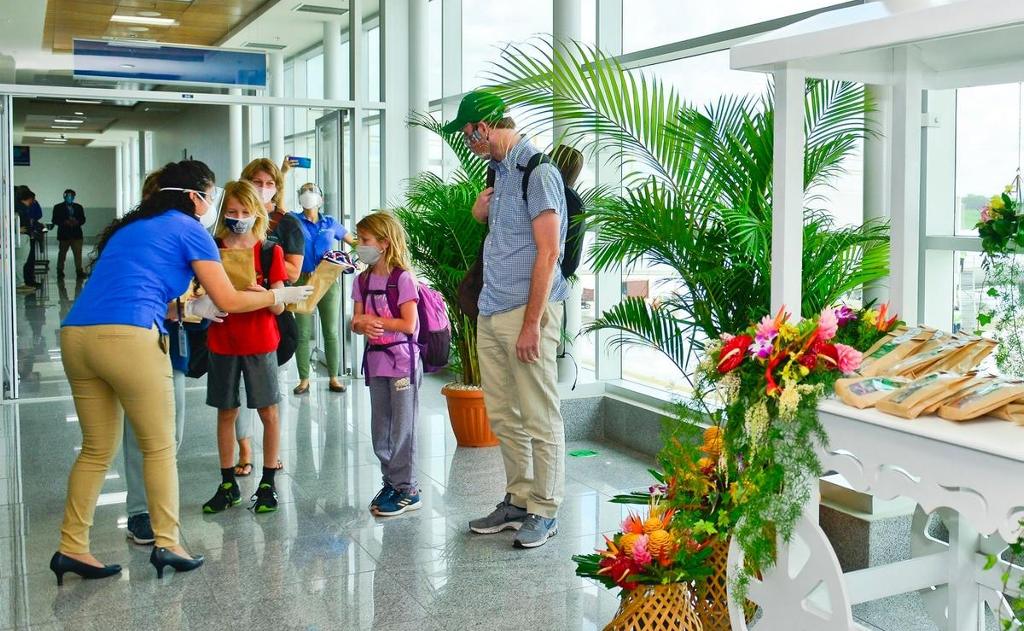 The announcement authorizing Mexico was received positively by the tourism sector, given that the Aztec nation is Costa Rica’s this market, surpassed only by Americans (1st) and Canadians (2nd).

Three airlines – Aeromexico, Interjet and Volaris provide direct service between Mexico and Costa Rica; while two – Avianca and Copa – with at least one stop. Which airlines are resuming flights to Costa Rica?

“The provision obeys to the opening in international tourism, gradual, sustained and controlled risk that we have been managing to reactivate the country’s economy and boost the tourism sector,” said the minister.

“There is a study that the ICT develops every year, which is called a study of the best prospects. Of all the people who live in Mexico, 500,000 correspond to the target market of the best prospects for Costa Rica. Thus, in view of the favorable pandemic situation that has been observed in recent days with respect to infections per 100,000 (inhabitants), since October 1, citizens of that country have been enabled to enter as tourists,” he said.

Residents and citizens of Jamaica will starting, October 1, be able to visit Costa Rica. Jamaica is a small market, with only 1,180 visitors arriving in 2019.

With the addition of Mexico and Jamaica, the number of countries from which flights are allowed is now 46: Canada, United Kingdom (UK), the European Union (EU – including the 26 that make up the Schengen zone), as well as Korea, China, Singapore, Thailand, Australia, and the United States (selected states).

Segura also announced that residents of the state of Ohio will be allowed, while re-confirming California, both starting October 1.

The authorization for the entry of California residents is particularly important for Guanacaste, as well as other nearby regions that will benefit.

Many were expecting, for October 1, the ICT to authorize residents of Florida and Texas. While many online have expressed disappointment, they remain confident that they will be included possibly starting October 15, or November 1.

U.S. residents must show proof of residency by way of their state driver’s license or State ID.

Minister Seguro, during the Thursday press conference, stated that so far none of the tourists who have entered the country since August 1 have been infected with COVID-19.

The requirements for tourists to enter Costa Rica: