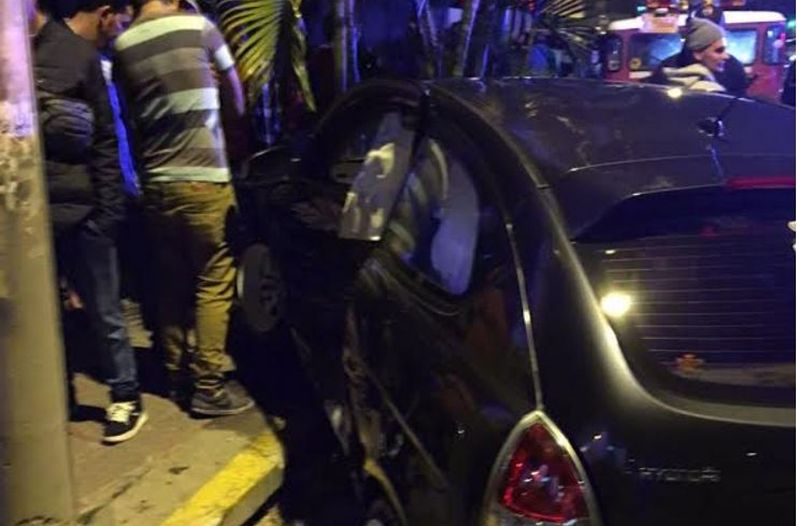 (QCOSTARICA) It was on the night of March 17 of this year. The scenario Pavas, in the area a few blocks from the National Stadium. A street race was on. But this time it would end different than the others. A young woman would up losing both her legs.

Daryl Andrea Aguilar Cruz, 23, was a spectator of this controversial sport that the traffic police have been unable to curb. She was sitting on the sidewalk in the company of friends, when the car driven by Frech Salameh, 20, hits another car not involved in the race.

Frech loses control of his vehicle, hitting the young woman. In hospital, the following day, doctors at the Trauma Centre of the Hospital Mexico, in La Uruca, had to amputate her legs.

According to immigration records, the Frech,  blamed for causing the serious injury and wanted for careless driving, had left the country, crossing into Nicaragua on March 18.

The young woman said she holds no grudges against the young man, telling the press, “I was there (watching the street races) because I wanted to.” However, the prosecution confirms that in June she filed charges against Frech.

On Tuesday, the Organismo de Investigación Judicial (OIJ) reported on Monday, that Frech had detained in Jordan,  on August 3, by Interpol acting on an international warrant issued by Costa Rica, whe he tried to enter that country.

Given than Costa Rica does not have extradition with Jordan, on Tuesday, the Attorney General asked the Criminal Court of Pavas to authorize the extradition of Frech. The Pavas court has yet to rule on the request.

Meanwhile, Frech is being held by Jordan authorities, waiting on Costa Rica authorities to officially send the extradition request.

Spain has accepted the extradition of three Costa Ricans, suspects in...
Read more

Cuba's Minister of the Interior reports the cooperation with Costa Rica...
Read more