The Caja Costarricense de Seguro Social announced the opening of the new 75 ICU bed unit at the Hospital Calderon Guardia and will announce next week a comprehensive strategy for the management of the deceased; This Saturday, July 25, 11 deaths were added, for a total of 98.

(QCOSTARICA) The Caja Costarricense de Seguro Social (CCSS) is preparing for the worst of the pandemic that could hit Costa Rica very shortly.

The president of the CCSS or Caja, Roman Macaya, announced at Saturday’s noon presser that 2 floors of the Calderon Guardia hospital have been enabled, they will be exclusive for COVID-19 patients requiring intensive care, with a capacity of 75 beds.

The upper floor with being smaller in capacity, but with specialized care for the most affected of coronavirus ICU patients. Macaya explained that the 7th floor was designed with

At the Hospital San Juan de Dios (SHJD), this week installed a container for the bodies of the victims of COVID-19, with the capacity to store 18. This is the first of the containers, that will be operational in a week, the Caje intends to install at various medical centers.

Ileana Balmaceda Arias, medical director of the San Juan de Dios, through the press office of the CCSS, confirmed the purchase of the refrigerated container was achieved earlier this week, thanks to a donation from the CCSS workers union, the Asociación Solidarista de Empleados de la Caja Costarricense de Seguro Social (ASE-CCSS). 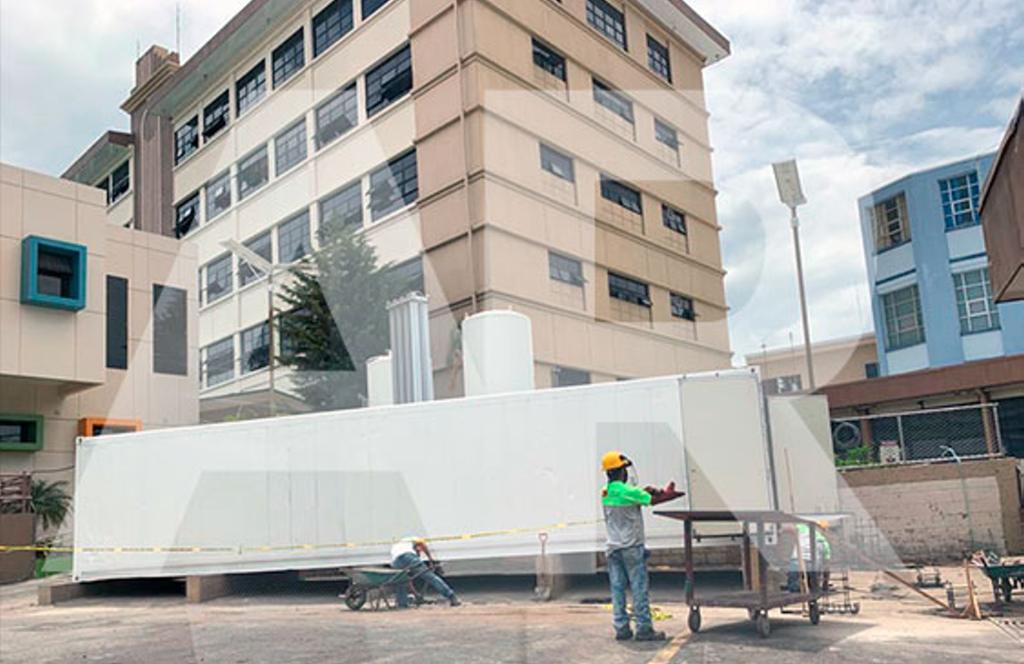 The container, similar to those used in other countries with reports of an increase in deaths from the pandemic, will allow the separation of corpses from others (non-COVID) at the hospital.

“Unfortunately we have to make this type of forecast and we are in that process,” said Arias.

At the same time, it establishes the disposition to protect the health of third parties during the handling of the bodies, and the “adequate and timely” information for the relatives in the event of death.

“We purchased those 3,000 bags anticipating days like today, like what we are seeing on the street. Let’s take this seriously, it (the virus) is not playing. We do not want to end up like the countries that are living in hell,” said Macaya back in April in reference to the scenes of saturated morgues in countries like Spain, Italy, or the United States.

QCOSTARICA - During the celebration of the Bicentennial of...
Front Page