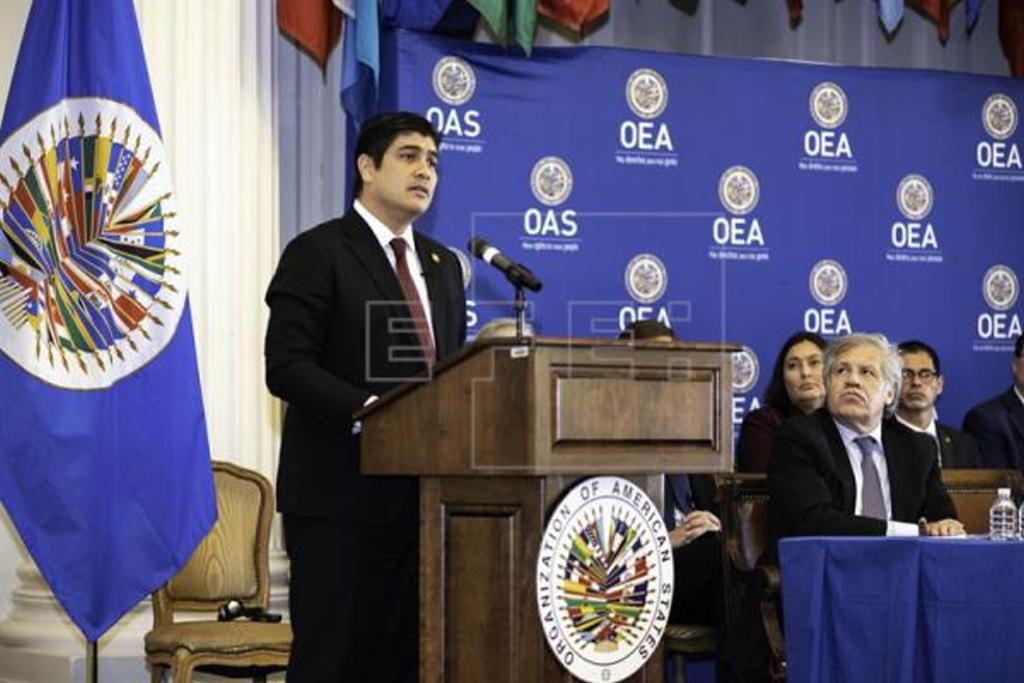 Costa Rica’s President Carlos Alvarado on Tuesday in a speech before the Organization of American States (OAS) in Washington emphasized the crisis in neighboring Nicaragua and lobbied for the defense of the democracies in the region.

Alvarado, who is on his first trip abroad since taking office, insisted before the 34 OAS member states that the situation in Nicaragua is getting “ever worse,” and he urged Managua to abide by the recommendations of the International Commission on Human Rights to put an end to the violence.

The Inter-American Commission on Human Rights (IACHR), in its visit to Nicaragua three weeks ago, verified violence and urged the government of Daniel Ortega to “halt the repression of the protests”.

In addition, the IAHCR asked Nicaraguan authorities to “investigate and sanction” the use of force by “paramilitaries” and to dismantle the said groups, as well as to seek “a peaceful, constitutional and democratic solution to the current political crisis affecting the country.”

Alvarado said that the Nicaraguan crisis is a source of “daily consternation and concern” for Costa Ricans.

QCOSTARICA - The increase in covid-19 cases and hospital...
Pura Vida