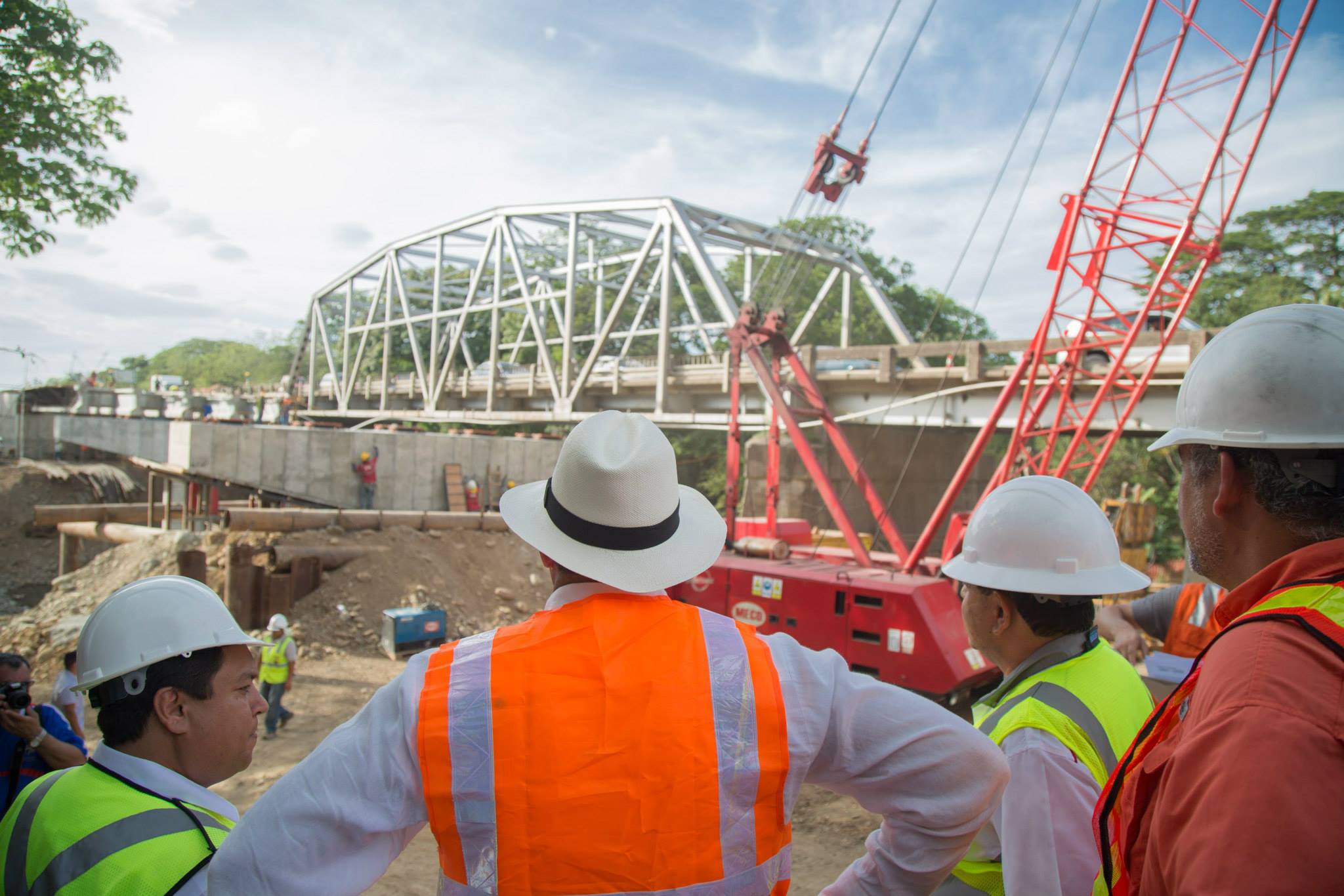 (qCOSTARICA) Ahead of the July 25 celebrations, President Luis Guillermo Solis this week is on a tour of Guanacaste, stopping at key “political” points before his final stop in Nicoya, where the anniversary of the Anexión del Partido de Nicoya is celebrated each year.

This year marks year 191 that Nicoyans voluntarily chose to be part of Costa Rica.

His stops included a hotel project in La Cruz, the new Estación de Bomberos  (Fire Station) to protect the Parque Nacional Santa Rosa and the Área de Conservación Guanacaste and an inspection of the progress of the Cañas – Liberia road construction of the Interamericana Norte (Ruta 1), billed by Solis as the “best road in Costa Rica”, which is expected to be fully completed by next year.

However, most of these projects are not by the current administration, started by the former administration of Laura Chinchilla (2010-2014).

And as such, (former) President Chinchilla, made her tour of the area at the beginning of the week, a couple of days ahead of President Solis. Some in government circles says she stole his thunder.

“I did not start this,” President Solis said on Thursday, on the unwelcomed comments by the Partido Liberación Nacional (PLN) on the Chinchilla tour.

Fueling the political war between the Solis and the PLN was the headline “Solis Manda Chinchilla A La Trocha”, (Solis sends Chinchilla to La Trocha) this week, based on the Solis comment that the former president visit La Trocha road project started by her government, a project mired in controversy and allegations of gross corruption. .

The Chinchilla camp says the former president’s tour was based on an invitation by Nicoya mayor, Marco Antonio Jiménez, to inspect the progress of “Liberacion” works started by Chinchilla.

I am sure we will be hearing more of this in the coming days, after the July 25 holiday.

Whatever the politics, following are photos of the Cañas – Liberia road, a project that is important for Costa Ricans and visitors alike, making the trip to and from Guanacaste easier. Photos by Casa Presidencial.