Costa Rica’s veterinary authorities have reported six outbreaks of Salmonella Gallinarum (fowl typhoid) in five commercial layer farms located in the provinces of Alajuela and one in San José. 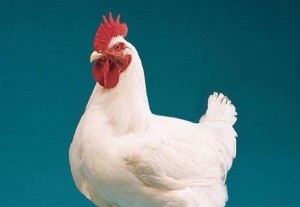 Salmonella gallinarum infection primarily causes disease in chickens and turkeys, but ducks, pheasants, guinea-fowl, peafowl, grouse, and quail can also be affected. Due to extensive testing and control by the poultry producers, Fowl Typhoid is rare in countries with a modern poultry industry. The disease has gained incidence in South America and other countries throughout Africa and Asia in recent year. Canada and the United States are presently free of the disease. This bacteria limits itself to avian species and is not known to cause disease in humans.

The report states that the outbreaks have an effect on the entire country. A serotyping test was carried out at the National Animal Health Laboratory, the national laboratory, on 21 December 2013, confirming the presence of the disease in the country.

According to the OIE, epidemiological investigations are still on-going in neighboring holdings and any reported suspicion is followed up.

The OIE, in conjunction with the Costa Rican veterinary authorities, have applied several control measures. These include quarantine, movement control inside the country, zoning, disinfection of infected premises/establishment(s). Vaccination has, however, been prohibited.

The source of the outbreaks remains inconclusive.

Outbreaks are characterized by increased mortality, anorexia, and a drop in egg production. A watery to mucoid yellow diarrhea is characteristic, and the birds are depressed with rapid breathing. Subacute outbreaks can occur, and egg transmission may lead to increased dead or weak chicks. Recovered birds may be carriers.

The small Central American country of Costa Rica is known to be one of the top locations to retire, but it is also known...
Reports