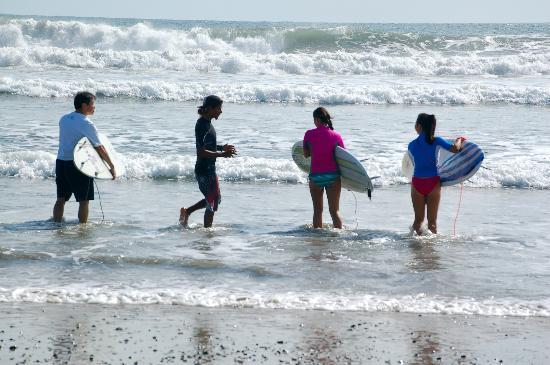 CORRECTION: The summer vacation period this year is from June 28 to July 13. Schools re-open on July 16.

COSTA RICA NEWS – In all the World Cup euphoria we almost forgot that it’s vacation time.

Starting at the end of the day Friday, some 940.000 students will be off  school for the next two weeks, for the traditional summer vacation break.

This means that the beaches and resorts will be packed.

According to the director of the Fuerza Pública (police), Juan José Andrade, some 3.500 police officials will be on full time duty to protect vacationers.

Andrade added that in addition to increased patrols of tourist areas, there will be an increase in the patrols of residential areas in the Central Valley in particular. Also, bus terminals in San José and the Pacific and Caribbean coasts.

In contrast to previous years, the Policia de Tránsito will continue to enforce the vehicular restrictions of San José during the vacation period.

Costa Ricans are accustomed to no vehicular restrictions during the holidays like Easter, Christmas and the summer school vacation period. The fine for disrespecting the restriction is ¢46.852.

The summer vacation period this year is from June 28 to July 13. Schools re-open on July 16.