COSTA RICA NEWS – Four men were arrested Thursday on suspicion of selling exemptions to the annual vehicular testing, two of which were employees of the Ministry of Agriculture and Livestock (MAG). 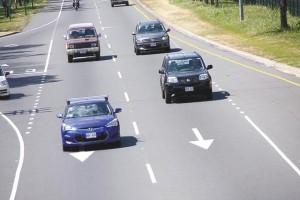 An investigation by the specialized unit of the Organismo de Investigación Judicial (OIJ) led to uncovering the corruption. For  a payment of between ¢15.000 and ¢50.000 colones (US$30 and US$90), the accused would sell a document that would exempt a vehicle from the gas emissions testing and reduce the cost of the inspection by 50%.

The two MAG employees were identified by their last names, Fallas and Aparicio. The other two were “gavilanes”, accomplices who sought customers for the corruption.