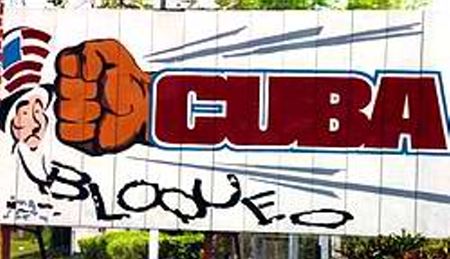 COSTA RICA NEWS (Prensa Latina) — The Costa Rica Solidarity Committee with Cuba condemned by means of a communique the interventionist policy, dirty war, and economic, political, financial and cultural blockade carried out by the US government against the Caribbean island. 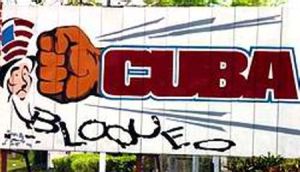 In a communique written Tuesday the Costa Rican institution said that they knew the Cuban leadership “in the solidarity with Latin America and the world, expressed in the enormous sacrifice to fight the ebola virus in Africa.”

Also, they highlighted the efforts of Cuba to create the Community of Latin American and Caribbean States (CELAC), the Bolivarian Alliance of the Peoples of Our America (ALBA) and the economic unification of countries of the area in other institutions such as Petrocaribe and the Bank of the South.

They also recognized the right of the Caribbean island to its own sovereignty and defense from the US government’s aggressions.

They remembered that making use of the right to defend themselves from the terrorism encouraged by United States, the Cuban authorities implemented a plan guided to obtain information on the terrorist groups and bands based in Miami, Florida.

In this way, Cuba detected that these terrorist groups sought to develop attacks in different countries including the United States; completing these antiterrorist tasks, the five Cuban patriots were captured, it points out.

Sixteen years ago Ramón Labañino, Antonio Guerrero, Gerardo Hernández, René and Fernando González, were captured and subjected to a judicial process marked by the controversy, in the US national territory, from which the three first still remain imprisoned.

René and Fernando could only return to Havana when they finished completing the legal sentences imposed to them.

According to this situation the members of the Costa Rican solidarity group demanded the administration of Barack Obama to free Gerardo, Antonio and Ramon, and end the inhumane treatment to those heroes.

They allso condemned the blockade, which they described as yet another violation of the international laws, for losses and extensive damage to the economy, society and culture of Cuba.

They also demanded the US government to investigate and punish terrorists who implemented covert strategies to destabilize the Cuban Revolution, some thrown from Costa Rica and other countries, such as the ZunZuneo, and media campaigns based on lies against the island.