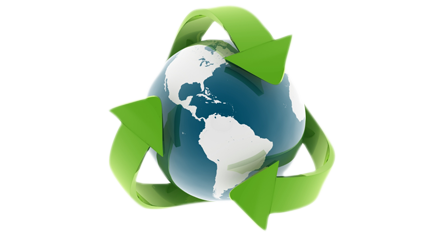 (QCOSTARICA) According to a study released by the Technology University (TEC), called “Environmental Commitment of Costa Rica’s Population”, Costa Ricans are not moving forward on the environment.  The survey was also taken and published in 2010 and 2013, but the scores have only improved marginally in that time.

The investigation surveyed 511 adults about their daily habits and their environmental awareness in 4 areas: eco-responsible purchases, separation of waste, water conservation, and electrical consumption.

The worst area was in the area of purchasing environmentally friendly products, where the population scored 40.

There was also a small decrease in the participation of citizens in environmental campaigns.

One positive area was the increase in homes of the purchase of energy saving light bulbs and the use of recipients for the separation of waste, but at the same time homes did not report purchasing more water saving devices or the purchase of environmentally friendly or biodegradable products.

51% were in favor of drilling petroleum, but 82% conditioned that support on keeping drilling out of national parks.

QCOSTARICA - The OIJ uncovered a big pothole on Monday when it was announced that public officials had allied with construction companies that, apparently,...
Coronavirus

QCOSTARICA - Six months after the start of vaccination against covid-19, will it be time to open the campaign to those who want to...
El Salvador