The mobility agreement between the two countries is not working at the moment due to the closing of the Nicaraguan borders, which prevents the movement of these migrants on their route to the United States.

The mobility agreement between the two countries is not working at the moment due to the closing of the Nicaraguan borders, which prevents the movement of these migrants on their route to the United States.

(QCOSTARICA) The director immigration, Raquel Vargas, clarified to Panama that she will not receive on Costa Rican soil some 1,900 inter-continental migrants who were stranded in that country by Covid-19, after crossing the Darien jungle.

Vargas held a virtual meeting this Saturday with her Panamanian counterpart, Samira Gozaine, where she indicated that these people should remain in the neighboring country, because the mobility agreement between the two countries is not currently working.

Normally, the migrants would enter Costa Rica and make their way north into Nicaragua and through Central America, with their final destination the United States. However, due to the pandemic, Nicaragua has closed its borders to inter-continental migrants, thus if let in they would be Costa Rica’s problem and no longer Panama’s.

“Inter-continental people who are in Panama are not going to cross into Costa Rica, there is an agreement between both mobility countries, however, since the borders from Nicaragua are closed, this mobility agreement would not be working,” said Vargas.

The director informed that until regularity is established in the region, these people would not move from Panama, and that shelters are being built in that country for them.

Panamanian Vice Minister of Health, Luis Francisco Sucre reported earlier this Saturday that they were trying to resolve the health and safety situation of these migrants and then help them cross the borders to Costa Rica.

After crossing the border from Colombia through the dangerous Darien jungle, the migrants remain stagnant without being able to follow their route through Central America to the United States.

On May 27, a resolution of the Inter-American Court of Human Rights (IACHR), an autonomous judicial institution based in the city of San José, raised the alarm. 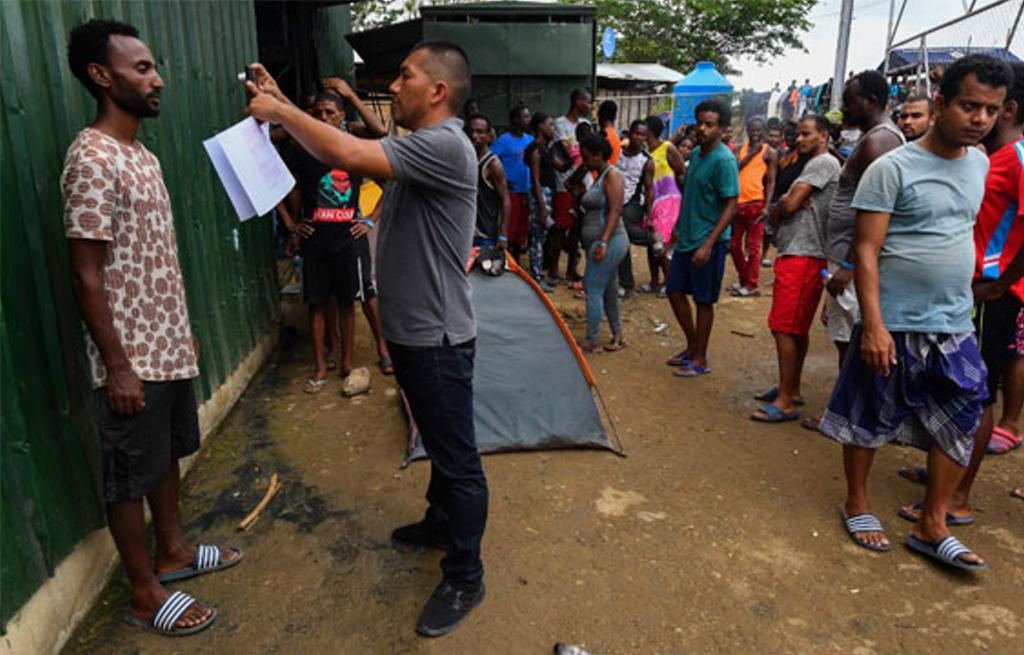 The Court asked the Panamanian government to ensure “access to essential health services without discrimination to all people in the La Peñita and Laja Blanca Immigration Reception Stations, including early detection and treatment of Covid -19”.

The two immigration stations, located in the Darien province, have raised concerns about the spread of the new coronavirus among migrants arriving from Cuba, Haiti, Bangladesh, Nepal, Congo, Cameroon and India.

In La Peñita, at least 80 people were infected with the new coronavirus, according to various sources. The infected people have already been removed from the camp.

Prior to the pandemic, Panama had practiced what it called a “controlled flow,” which allowed migrants emerging from the dangerous Darien jungle to rest at camps before boarding buses and continuing their journey up through Central America.

A hundred migrants a day, with the consent of Costa Rica, moved from La Peñita, jungle camp close to the Colombian border, to the border with Costa Rica, to continue their journey northward.

Although Panama is doing what it can to accommodate the migrants, according to the International Organization for Migration (IOM), there are some 2,000 migrants in shelters, when their total capacity is less than 500.

In Panama, which has 13,463 confirmed coronavirus infections and 336 deaths (as of June 1), migrants are treated at three temporary border posts where the government, UNICEF and the Red Cross provide them with water, food and medical care.

Despite the dangers, the border between Colombia and Panama has for years become a corridor for illegal immigration.

Previous articlePolice Bust Garage House Party in Alajuela
Next articleOne Cuban Family’s Long And Risky Journey To A New Life In The U.S.