Costa Rica The Worst Country in Latin America In Infrastructure and Bureaucracy: Report

COSTA RICA NEWS – Costa Rica is the worst country in Latin America in infrastructure and bureaucracy, according to the Global Competitiveness Index of the World Economic Forum in Switzerland released Monday.

The report assesses the competitiveness landscape of 144 economies, providing insight into the drivers of their productivity and prosperity. 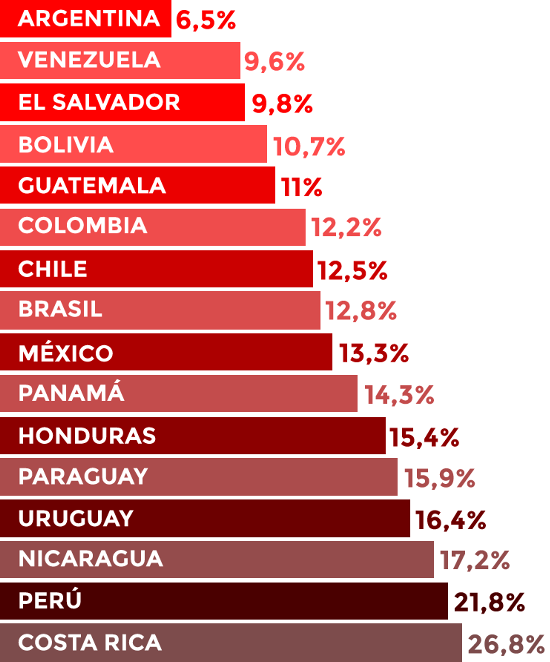 The deputy director of the Latin American Centre for Competitiveness and Sustainable Development of the Central Institute of Business Administration (INCAE), Victor Umaña, explained that the study takes stock of the countries in three areas: Global Competitiveness, key indicators and most problematic factors for each country to do business.

In the latter category 100 Costa Rican entrepreneurs were interviewed on 16 key elements likely to cause difficulty for business development in the country. Some of the items of concern are access to financing, inflation, the crime rate, corruption, bureaucratic inefficiency and infrastructure, among others.

26.8 percent of Costa Rican employers said bureaucratic inefficiency as one of the main problems of the country. Meanwhile, 23.9 percent said that infrastructure is the main obstacle to doing business.

The rating places Costa Rica as the worst country in Latin America.

“In general, entrepreneurs and people complain about all the paperwork. One can say that Costa Rica is a country hindered by paperwork, where processes can last months or even years. This encourages informality … , “said Umaña.

In the case of bureaucratic inefficiency, Costa Rica is followed by Peru with 21.8 percent and 17.2 percent Nicaragua.