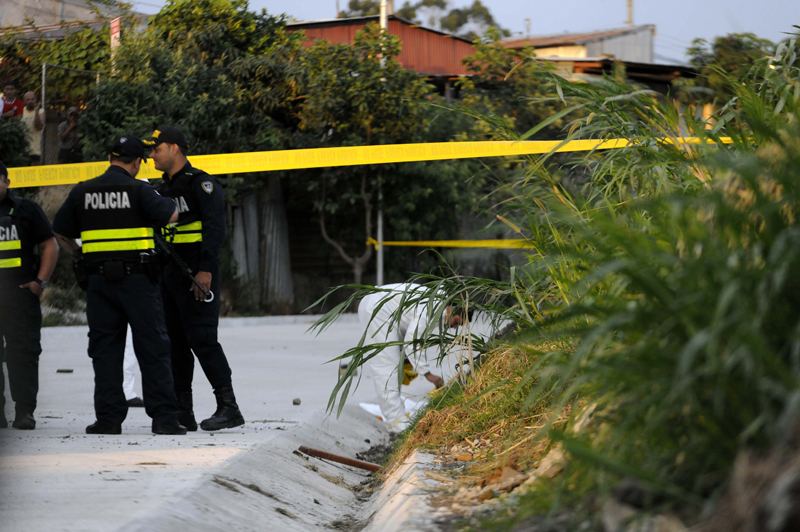 QCOSTARICA (Insightcrime.org) Homicides reached historic levels during the past year in Costa Rica, forcing authorities to look for new ways to counteract the surge in violence.

The discovery of two charred bodies on December 31 brought the total number of homicides in 2015 to 558, with the majority believed to be linked to organized crime. This represents a substantial increase from murder totals of 407 in 2012 and 474 in 2014.

“We are in the best position to reinforce areas that have had the most problems due to organized crime,” Fullmen said.

A specialized police force was launched by the government in October 2015 to combat local drug trafficking organizations. According to the report in QCostaRica, the Special Operations Force is made up of 500 law enforcement officers and is now leading on-the-ground efforts to disrupt criminal groups in urban areas across the country, including the most conflict-ridden areas of capital city San José.

Long regarded as a haven from the extreme violence of the Northern Triangle region (El Salvador, Guatemala, Honduras), Costa Rica has had to respond to a significant increase in criminal activity within its borders.

While Costa Rica’s homicide levels remain relatively low compared to some of its Central American neighbors, officials are searching for ways to slow the violence. In addition to the anti-crime operation launched in October, Security Minister Gustavo Mata has repeatedly called for an increase in the number of prosecutors at the Organized Crime Unit of the Public Ministry and for the creation of an investigative unit to be integrated across several ministries.

Whether these actions will be enough remains unclear, as both domestic and international drug trafficking organizations appear to be increasing their operations in the country. Indeed, Deputy Chief of the Public Ministry Celsa Gamboa recently stated that criminal groups have the country “on its knees and in a blood bath, to which Costa Rica has never been accustomed.”