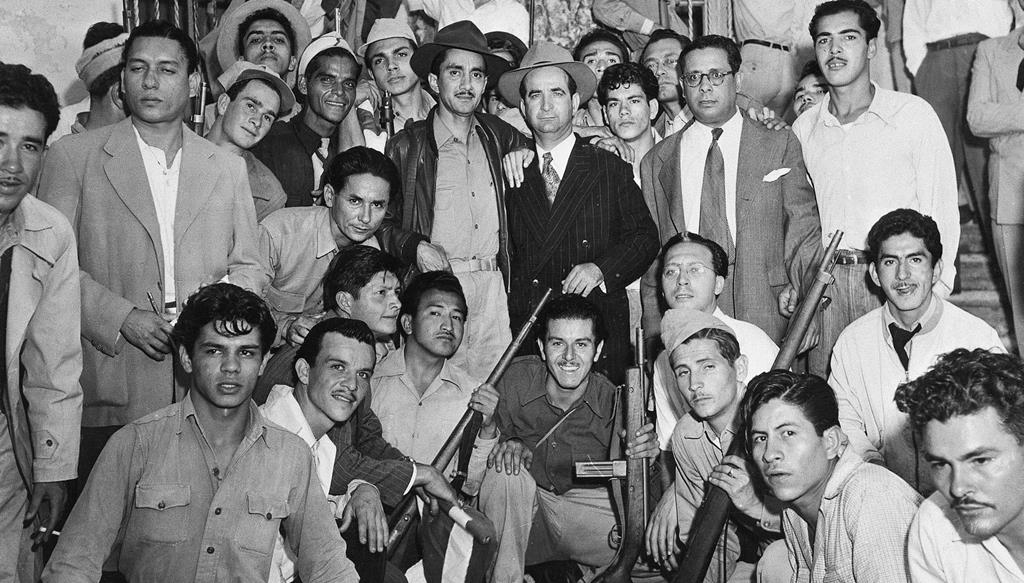 From OZY.com – Well before John Lennon urged us to give peace a chance, Costa Rica went and did it. In December 1948, it abolished its national army.

“It is time for Costa Rica to return to her traditional position of having more teachers than soldiers,” Jose Figueres said that day. Police would be sufficient, and demilitarization would usher in a whole new Costa Rica: “We uphold the idea of a new world in America,” he said.

“Demilitarization inoculated the country against a civil war or from being a pawn in anyone’s Cold War strategy.”

[/su_pullquote]From the distance of 65 years, the decision seems visionary indeed. Unlike its neighbors in Central America, Costa Rica hasn’t suffered a coup d’état in more than 60 years. Demilitarization inoculated the country against a civil war or from being a pawn in anyone’s Cold War strategy, and to this day, Costa Rican leaders use its absence of a military to shame territorial aggrandizers.

“I want to remind esos señores del norte (”the gentlemen of the north”) that only cowards are courageous against the defenseless,” President Laura Chinchilla declared in 2010, in response to yet another border dispute with Nicaragua.

Demilitarization also paid what pura vida lovers call a peace dividend. “If Costa Rica has eluded the familiar afflictions of Central America — war, poverty, and repression — much of the credit belongs to José Figueres Ferrer,” said the New York Times editorial board upon Figueres’ death in 1990. Instead of guns, Costa Rica invested in education and eco-tourism, the story goes, and now huge swaths of the nation are Edenic: cloud forests, majestic rain forests, butterflies and the whole paradisiacal bit. And for what it’s worth, Costa Rica also ranks No. 1 in the Happy Planet Index and the World Database of Happiness.

But Figueres was no pacifist — more caudillo than Gandhi, at least for a while. He came to power after leading an armed insurrection and ruled by decree for 18 months. Yes, the man who did away with Costa Rica’s military was the leader of a junta. (He also supposedly went to the airport with a submachine gun once, purportedly to stop a hijacking.)

Figureres was a short, MIT-educated engineer with an American wife, socialist tendencies and lots of political connections. He named his small plantation in central Costa Rica La Lucha Sin Fin (“the Endless Struggle”). There he stockpiled weapons and trained an irregular force of perhaps 700 men.

In 1948, the legislature annulled elections that resulted in the defeat of the establishment candidate, Calderon Guardia, by upstart Otilio Ulate. Calling themselves the National Liberation Army, Figueres’ men took control of a few key cities and, soon, the capital. Some 2,000 people were killed in the uprising. Though its thousand-man force was slightly fortified by Nicaraguan troops, the government fell.

One of Figueres’ first moves was to disband the army. Its abolition was enshrined in the junta’s new constitution. Ruling by decree, Figueres nationalized the banks, raised wages and levied a 10 percent tax on capital. It was a middle-class revolution, Figueres insisted. Eighteen month later, he returned power to Ulate. The Mandela-like move paid off in the long run — “Don Pepe” became beloved, and was twice elected president.

Years later, Figueres didn’t admit it was a coup d’état, or even a junta, really. Instead, it was a “democratic collective government … that completely changed the physiognomy of the country and brought a deeper and more human revolution than that of Cuba.”

Today, though, it’s not clear that Costa Rica is really demilitarized. For starters, the Rio Treaty binds other countries in the Americas to protect it in case of territorial incursion. The assumption that the United States would defend Costa Rica in case of serious threats has deterred most aggression.

What’s more, it can be hard to tell the police apart from an army, especially when the police are empowered to dispel cross-border threats with heavy weapons. In 1980, a pair of scholars at the International Peace Research Institute argued that despite the rhetoric, the country was only partly demilitarized. It had “actually built up police forces that are used against labor and peasant unrest,” they argued.

As the drug war has heated up, Costa Rica has invested even more in its police. Today, the 14,000-strong force is one of the most sophisticated in the region. Spending on it grew 123 percent from 2006 to 2012 to $331 million, according to journalist Ezra Fieser. It’s not much, especially in comparison with the $1.47 trillion the world spent on military expenditures in 2013.

And yet, Costa Rican citizens fret when their police start looking like the military. At one point, Fieser writes, then-President Óscar Arias tried (and failed) to authorize the police to use automatic machine guns.

That, of course, came long after Arias won his Nobel Peace Prize.