Costa Rica would have the least economic impact of Latin American countries: OECD

(QCOSTARICA) The economic fall in Costa Rica, although it will be high, would not reach the levels of the rest of the region, according to the OECD – Organization for Economic Co-operation and Development.

The OECD agrees with the World Bank that this will be the worst recession since World War II, so their forecasts are made under two scenarios: one in the event that there is a new outbreak at the end of the year, and another that includes that the pandemic will soon end, according to Álvaro Pereira, director of the Economy department. 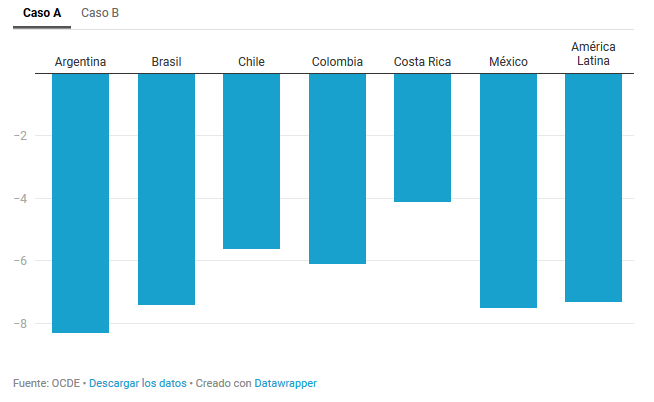 Costa Rica’s contraction would be between -4.1% and -4.9%, figures more pessimistic than in the rest of the entities that carry out projections, but not as serious with respect to what is expected for other Latin American countries, where the average is projected to be-7.3% or -8.8%, with Argentina being the main affected.

As for public indebtedness merely caused by COVID-19, it reached almost 1% of Costa Rican GDP, also lower than in other countries. 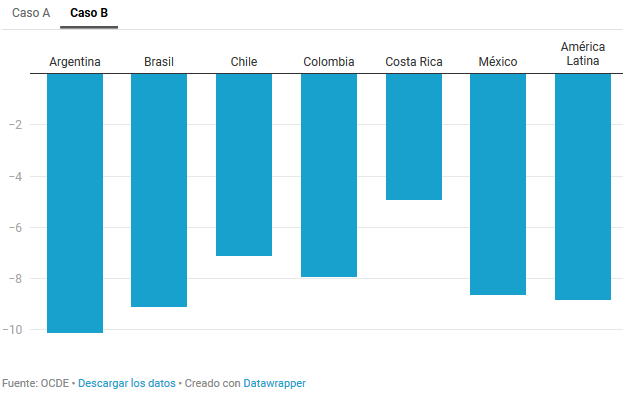 “We hope that the recovery will be gradual, with the lifting of trade and tourism; the response has been rapid and is highlighted with innovative measures, such as the Bono Proteger,” said Alberto González, a member of the OECD.

Previous articleJuly will be a key month for Costa Rica’s tourism
Next articleCan tenants re-negotiate with landlords if their financial situation does not improve?

QCOSTARICA - The Institute for Research in Economic Sciences of the...
Read more
- paying the bills -