If the conditions for progress persist as the World Economic Forum found them in 2021, Costa Rica would need 91 more years to close the gap in economic participation, educational achievement, health and political empowerment are the greatest challenges. 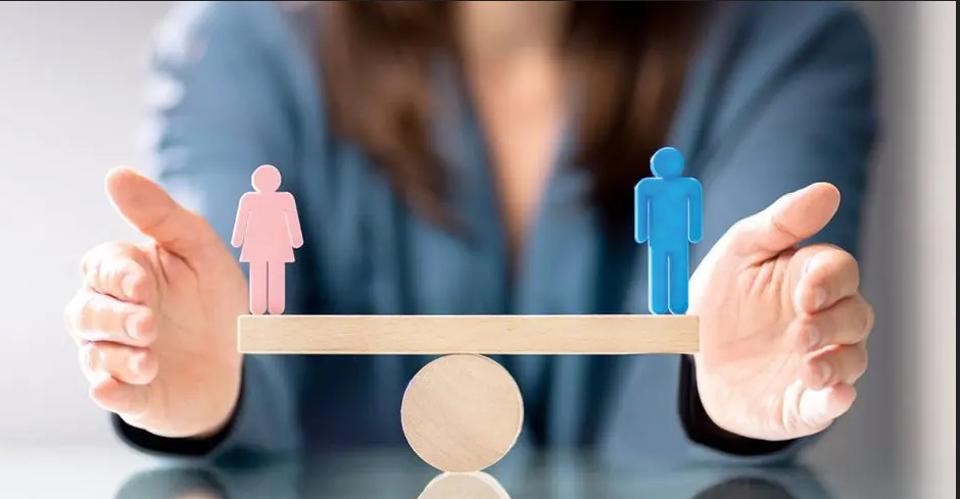 QCOSTARICA – Achieving balanced participation and representation between men and women in positions of power and decision-making will take Costa Rica 91 years, in 2113, according to its own analysis by La Data Cuenta, based on the Global Gender Report of the World Economic Forum 2021.

Between half a century and two, it will take the 156 countries evaluated in the report to achieve gender parity; The Middle East being the area with the most extreme cases and Eastern Europe with the closest to achieving it.

Currently, Costa Rica has closed the gender gap to 78% and is among the 20 countries that could do it faster, according to the report.

And it is that said study evaluates the evolution of the gender gap in four dimensions: economic participation, educational achievement, health and political empowerment; and tracks progress closing these gaps over time.

According to the results, Alexandra Kissling, president of the Business Alliance for Development, considers that the ranking in which Costa Rica is in position 15 out of 156 is a good location, given that the country does advances in women’s access to education and politics, but recognizes that there is still a long way to go.

“We have more women than men who graduate from high school and higher education, in terms of politics we must take more actions to strengthen the leadership of women, this implies working on the unconscious biases that reinforce stereotypes that generate prejudices, behaviors that exclude and violate women’s rights,” Kissling added.

Although the graduate population is mostly female, their participation in the labor market is lower, said José Troya Rodríguez, of the United Nations Development Program (UNDP), since unemployment continues to affect women mostly.

Currently, national unemployment is 13.3% and women have a higher rate with 18%, compared to men who register 10.4%, according to the most recent data from the National Institute of Statistics and Censuses (INEC) at the end of February 2022.

On the other hand, in economic participation, Costa Rica is ranked 110 out of 156 countries, according to the World Economic Forum, data that shows the gap that exists in this area.

In February of this year, the participation of women reached 48.1%, compared to 71% of men, according to the INEC, being even lower than the figure reached ten years ago.

The gap in this area at the global level of the 156 countries in the study remains at 57.8%, but this figure could increase once all the effects of the Covid-19 pandemic are reflected.

In the report’s statistics, preliminary estimates indicate that it may have an asymmetric effect on women, especially in terms of participation in the labor force.

In this sense, for Alexandra Kissling, the insertion of women in the workplace is necessary, because in addition to being essential for the economic and social development of the country, it is where great challenges are still faced.

“The economic participation of women is impacted by unpaid work, care of children and the and housework where women spend three times more time than men on these tasks, this makes it so difficult for women can access the study and their preparation, as well as access to the same job opportunities,” Kissling said.

Given this scenario, the next government president-elect Rodrigo Chaves must create and implement permanent financial support programs aimed at women so that they achieve greater autonomy and economic independence.

As for the results in the area of ​​political empowerment, the global study indicates that, although the region has closed an average of 27.1% of this gap, Costa Rica ranks eight out of 156 countries and ranks in the top ten with a score of 60.6% and 54.5%, respectively.

And it is that the presence of women in political positions has increased in the last decade from 19.3% in 1998 to 47.4% in 2022, according to data from the Tribunal Supremo de Elecciones (TSE) – Supreme Electoral Tribunal.

Regarding the percentage of women in elected positions, the TSE in its 2020 Vote Count report indicates that 9.8% have been elected mayors, 40.7% councilors, and 35.2% trustees.

What is the gender gap?

According to Marcela Eternod, from the National Institute for Women in Mexico (INMUJERES):

Is parity the same as equality?

According to the Institut National de la Statistique et des études économiques (INSEE) – National Institute of Statistics and Economic Studies which collects, analyses and disseminates information on the French economy and society, parity means that each gender is represented equally. It is an instrument at the service of equality, which consists in ensuring the access of women and men to the same opportunities, rights, opportunities to choose, and material conditions while respecting their specificities.

- Advertisement -
Paying the bills
Previous articleThe Best Bonus Features You Can Find in Online Slot Games
Next articleWould you live better if you moved to another canton?