In an effort to live the “American Dream” at all costs, many fall victim to hoaxters who make claim they can easily help arrange a work, residency or tourist visa to the United States.

However, the demand for the false documents has dropped. According to Costa Rica’s Attorney General the number of complaints has dropped from an average of 40 a year to only two so far for 2013. 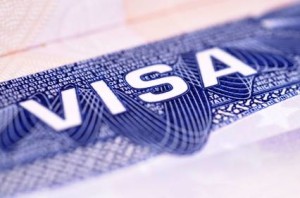 The Fiscal Adjunto de Pérez Zeledón, Édgar Ramírez, told CRHoy.com, that there are several reasons for the decline, one has to do with the difficult economic situation in the United States and the impossibility of getting good jobs.

Ramirez added that the hoaxters are the usual group of individuals, known as “coyotes”, who are now forced to change their methods due to the lack of demand.

Fiscal Ramírez added that the majority of the complaints are from individuals coming back to Costa Rica after being detained in the U.S. with false documentation.

The Consular Section of the U.S. Embassy in San José travels to various parts of Costa Rica to offer information on the process of obtaining a U.S. visa.

The U.S. Embassy also publishes the information on its website, Facebook, webchat and video explaining the risk in obtaining (paying for) false visas from third parties.