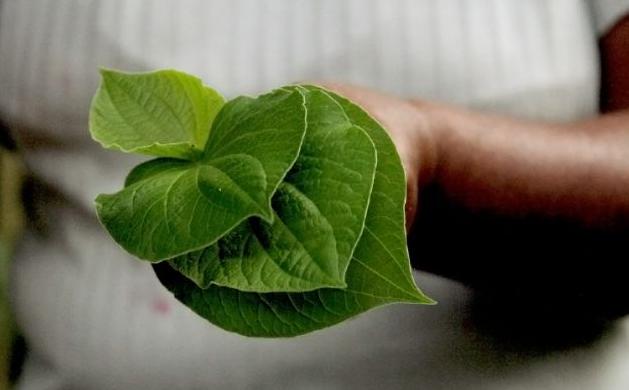 When the Terraba tribe in Costa Rica rallied to oppose a hydroelectric dam they feared would destroy their land and their centuries-old culture, the indigenous community took a modern approach.

They linked up with journalism students at Elon University in North Carolina, who built a website describing the tribe’s way of life, including how it makes use of medicinal plants.

The 750-person tribe relies on an array of grasses, shrubs and seeds to treat everything from sunburns and colds to leukemia and prostate cancer.

None of their teas and ointments have the Food and Drug Administration’s seal of approval, but the plants have been mainstays of the Terraba tribe for centuries.

“The Terraba are a woman-centered society,” Amanda Sturgill, a journalism profesor who led the project, writes in an email to Shots. “Knowledge about cultivation and use of the plants is passed down through women. If they are relocated, though, access to some of these plants will be lost.”

Last summer, Sturgill and her students spent time with the Terraba tribe, whose roots trace back 10,000 years in Central America. “The leader of one of their clans let us photograph different plants and explained their uses,” she says.

The students pulled the information together in a website that also explores the Terraba’s language, history and traditions. The site launched Thursday.

“The Costa Rican government has said that the Terraba aren’t a robust culture enough to preserve them,” Sturgill says. “We are showing that they are unique.”

The number of reported global weekly COVID cases is falling and has dropped nearly 50% this year, the World Health Organization (WHO) said overnight....
Business

QCOSTARICA - The elimination of the daytime sanitary vehicle restrictions in less than a week, given the drop in infections and hospitalizations due to...
Photos of Costa Rica

New Congress building to be inaugurated

The new building of the Legislative Assembly, the seat of Costa Rica's unicameral Legislature will be inaugurated later this month. View to the south side,...
#Debunked

#DEBUNKED: Carlos Alvarado, Daniel Salas and Román Macaya will be vaccinated when it is their turn

QCOSTARICA - It is a lie that Costa Rica President Carlos Alvarado; Minister of Health, Daniel Salas; and the executive president of the Costa...
Health

QCOSTARICA - The nighttime vehicle restrictions starting on March 1 will be from 11:00 pm and not 10:00 pm as this month, and on...
Economy

QCOSTARICA - If there were doubts about the impact of COVID-19 on the Costa Rican tourism sector, the figures will help to clear them...
Costarica History

On May 4, 1910, the most destructive earthquake in the history of Costa Rica destroyed the city of Cartago. Such had been the devastation...
The Americas

Q REPORTS - On Thursday, February 11, through a virtual broadcast, Costa Rica encouraged the region to join efforts to end the deprivation of...