COSTA RICA NEWS — Uncorking wine is emitting a very appealing taste to the palate of consumers in Costa Rica. Between 2009 and 2013 sales of wine in the country increased by 77%, followed by vodka, which increased by 43%, whiskey 38% and rum 31%. 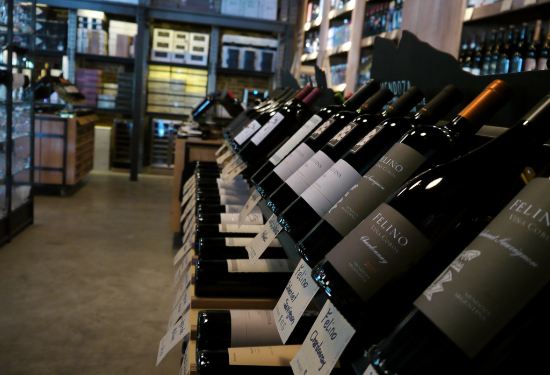 In 2013 wine came top in terms of import volumes, with a total of 9,256 tons. At the same time, its distribution in bars, restaurants, liquor stores and supermarkets during the same period grew by 32%.

Manuel Barrenechea, brand manager of Reserve de Diageo, told Elfinancierocr.com that “… liquor sales are very dynamic. We believe that in the coming years this trend will continue with new consumers, including women, joining the ranks of whiskey drinkers for example. ”

Barrennechea added that “… luxury brands have found an interesting niche market in Costa Rica, and corporations are responding with strategies on these lines. ‘In Costa Rica globalization and a taste for the finer things is growing, so this trend continues to grow and can be seen in consumers who are getting more and more sophisticated tastes and preferences’. ”

Gisela Sánchez, director of corporate relations at Florida Florida Ice and Farm Company (the company that brings us beer, water, soft drinks, milk and imported spirits), said there is a wide dynamism in the market, however, the formal market shows a contraction in distilled rum, vodka and whiskey.

“Unfortunately the illegal market (contraband liquor) is still widely available despite the efforts the country has made. The formal wine market does show a significant growth,” said Sanchez.

At Grupo Pampa, a major importer and distributor of wines and spirits, wine sales are up, but whiskey and run sales are down, 3% and 7%, respectively.

Still, luxury brands have found an interesting niche in Costa Rica, and companies are responding with marketing strategies.

Fabián Gamboa, of Grupo Pampa, said the country is a good market for luxury drinks based on two important factors: a large group of domestic consumersw with a high level of experience and the tourism sector seeking premium drinks.

In Costa Rica, wine and liquor is sold openly in supermarkets and corner stores.