COSTA RICA NEWS (Prensa Latina) — The Costa Rican Committee of Solidarity with Cuba has been developing a one-month long campaign of support to the Cuban Government and people, coordinator of the organization, Jose Francisco Varela, aka Chepe, confirmed via the Internet. 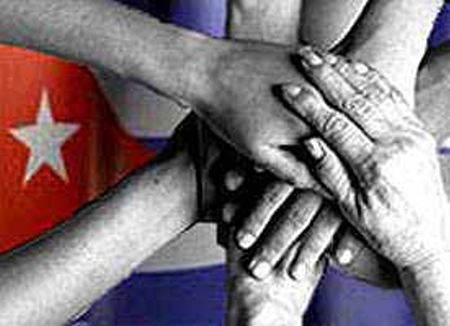 According to the social activist, the different actions implemented in the past few weeks were aimed to demand the end of the U.S. economic, financial and commercial blockade imposed on Cuba for 55 years.

Participants are also demanding the immediate release of Cuban heroes Antonio Guerrero, Ramon Labanino and Gerardo Hernandez, who have been unfairly held in U.S. prisons for 16 years now, victims of a biased trial.

Chepe explained that on November 13 they staged a political-cultural rally for those purposes in the central city of Heredia, similar to those previously held in the localities of Nicoya, San Ramon, Cartago, Puntarena and Limon, and all registered high turnout, including legislators of the Frente Amplio party and officials of the Cuban Embassy in Costa Rica.

He announced another rally for Saturday in San Jose, the capital, as part of the permanent solidarity campaign for the Cuban people and their authorities against the constant U.S. harassment.

Q TRAVEL - Travelers from the European Union or third countries, including Costa Rica, who have fully been vaccinated, will now be able to...
Tourism

QCOSTARICA - The President of Costa Rica, Carlos Alvarado, described the persecution of Nicaragua President Daniel Ortega against opponents as reprehensible after the government...
Quepos