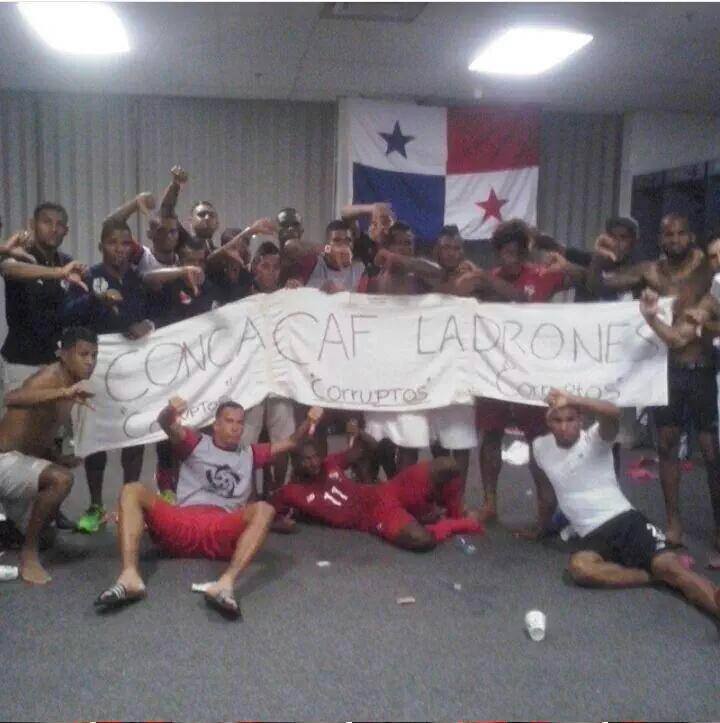 (TICO BULL) Besides being neighbours, Costa Ricans and Panamanians are the same. But are they?

This difference is very much evident today, how differently the two reacted to basically the same situation, being robbed out of the Gold Cup (Copa de Oro).

On Sunday, Costa Rica’s national team lost to Mexico on a bogus penalty call (see Gold Cup Quarter Finals: “Concacaf 1- 0 Costa Rica”), in extra time, a minute before the game went into penalty shots. The call cost the Ticos the game and advancing to the semi-finals.

(qCOSTARICA BLOGS) Last night, the Panamanians had the same experience, also against Mexico and on a bogus penalty call.

But how the two reacted are quite different.

On Wednesday the only photos coming out of the Costa Rican side is the quiet arrival in San Jose and the coach talking about how the penalty call alone was not the cause of the loss.

But, in the Panama camp, players have come, in public, on international television, calling the Concafac organization as corrupt, thieves and that the referees where bought.

Panama’s coach, in the press conference after the game, made the point, “the players on the field and technical staff (coaches) of both teams are honest, I can’t say for the rest”, referring to the referees and the Concafac management.

A photo of the team stating all this has gone viral on the social media.

Interesting in all of this is that even Mexico, the beneficiary, is upset at the calls, denouncing the bad calls, the referees and soccer organization.

TODAY NICARAGUA – “The Nicaraguan delegation has been able...
Nicaragua