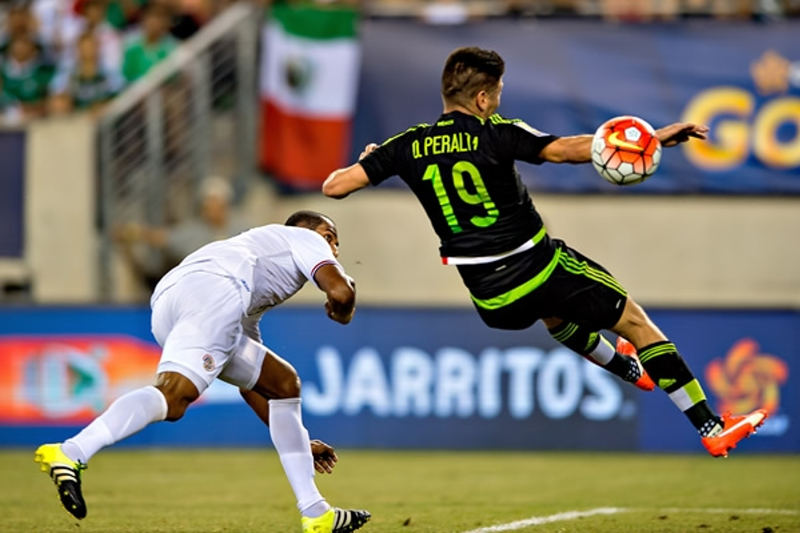 (QCOSTARICA SPORTS) After the Mexico – Costa Rica quarter finals Gold Cup game last night, Mexican journalist David Faitelson for ESPN Deportes tweeted about the serious referee error that Costa Rica the game and out of the Gold Cup, advancing Mexico to the semi-finals.

The journalist questioned the “Fair Play”, saying that the interests of the CONCACAF are greater and Mexico had to advance at any cost.

Mexico had dominated play but was unable to score until the final moments. The Ticos couldn’t take advantage of the few opportunities they were given. The game remained scoreless during regulation time and two extra time periods, until Andres Guardado scored in the second and final minute of stoppage time in extra time, after a questionable call by the referee.

After the penalty was awarded, the Ticos swarmed the referee and his assistant, furious with the call that replays showed was suspect to say the least. La Sele coach Pablo Wanchope, in the post game press conference, touched on the penalty call, but refused to blame the loss on that call alone.

“I was worried with the background of the referee. Things in football are like this; he is human. He saw something in the area and that’s why he called the penalty. Today we played to the limit and we competed intensely. I am not creating any speculation; I am hurt and I think the players are hurt. But we are not making excuses, we are out and now we will go into the future, ” said Wanchope

But Faitelson wasn’t so forgiving.

“Mexico won, but I’m not sure they won ‘fairly’. The ‘interests’ are very powerful, we all know the Concacaf, the ‘new’ or ‘old’ want Mexico and the U.S. in the final“, wrote Faitelson. 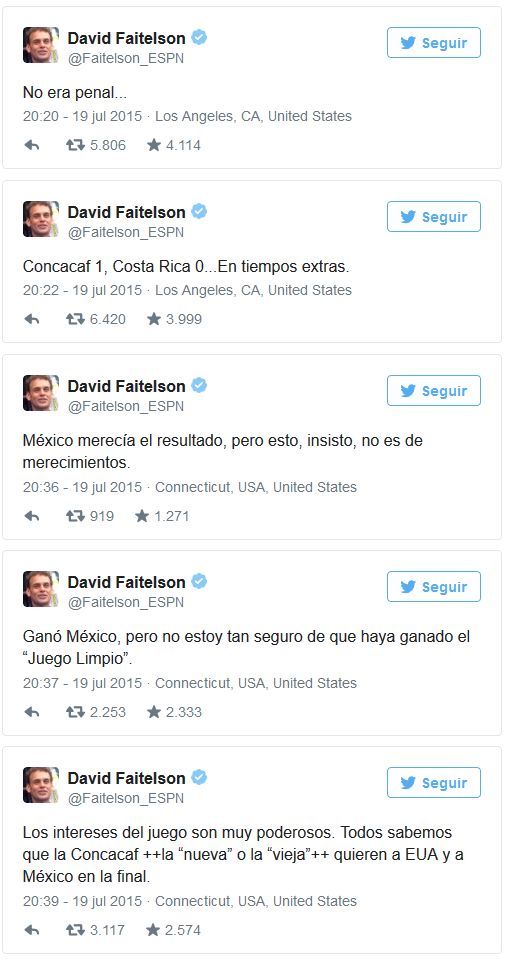 While the Ticos pack their bags for home, waiting for November when World Cup qualifiers begin, Mexico and Panama ger ready for their game on Wednesday (July 22).

QCOSTARICA - The restrictions for travelers imposed by the United States,...
Read more

QCOSTARICA - A member of the board of directors of the Instituto Costarricense de Acueductos y Alcantarillados (AyA) - water utility - Yolanda Acuña...
Politics

QCOSTARICA - Costa Rica will extend the restrictions of its land borders until April 1, confirmed Casa Presidencial (Government House) on Thursday. As in the...
Vaccine

QCOSTARICA - A new batch of vaccines of 92,430 doses, and the largest received since December against covid-19, arrived Tuesday, as part of the...
Economy

(BNamericas) - In order to strengthen the well-being of the population and the sustainable development of the country, Costa Rica has been incorporated a...
Central America

Q24n - Central American countries presented a plan on Monday in the face of a possible migratory wave of Haitians, Cubans, Asians and Africans...
Business

QCOSTARICA - The elimination of the daytime sanitary vehicle restrictions in less than a week, given the drop in infections and hospitalizations due to...
Trends