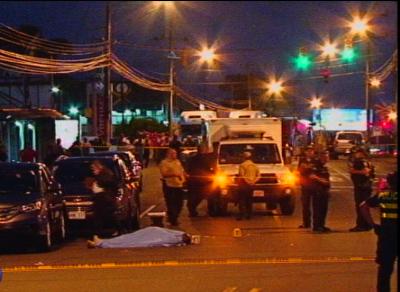 An angry driver shot another in the head Thursday afternoon after a slight collision in Calle Blancos, near the old Durman Esquivel plant.

Alonso Romero, 45, was on his way to the Benavides home to “run an errand” and then return to Casa Presidencial to pick up his boss.

“He was my friend”, said Roverssi of the man he knew for the last 20 years.

The minister said tensions have been running high due to the tremendous congestion on the roads.

The incident occurred about 4:30pm Thursday in what appears to be a case of road rage.

According to witnesses, Romero, driving his own vehicle, a Honda SUV when was hit from behind by another SUV. Infuriated by the collision, Romero threatened the other driver who took out his gun and shot him in the forehead.