Press Release – The Embassy of the United States in Costa Rica welcomes last night’s strong statement of support from the Government of Costa Rica regarding the Framework Agreement for the Elimination of Syria’s Chemical Weapons. 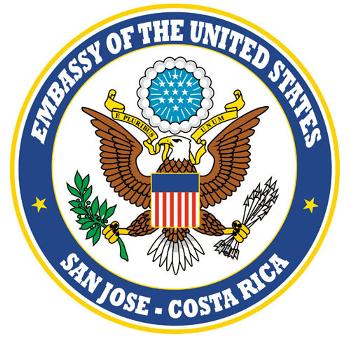 Costa Rica, recognized around the world for its fundamental commitment to human rights and international justice, deplored the use of chemical weapons on innocent citizens in Syria and called the Framework Agreement a positive step to resolving the crisis in Syria.

The United States joins Costa Rica and many other governments in the region and around the world in calling for a strong resolution in the UN Security Council to enforce Syria’s own decision to surrender its chemical weapons stockpiles.

As President Obama has stated, this framework with Russia would not have happened without the credible threat of United States military action, and, if diplomacy fails, the United States remains prepared to act.

This is a press release from the US Embassy in San José, Costa Rica. To publish your announcements on the QMedia send us an email.

(DW) Jon works for the local government in the US state of Virginia. The 40-year-old received both his COVID shots in April. Most of...
Politics