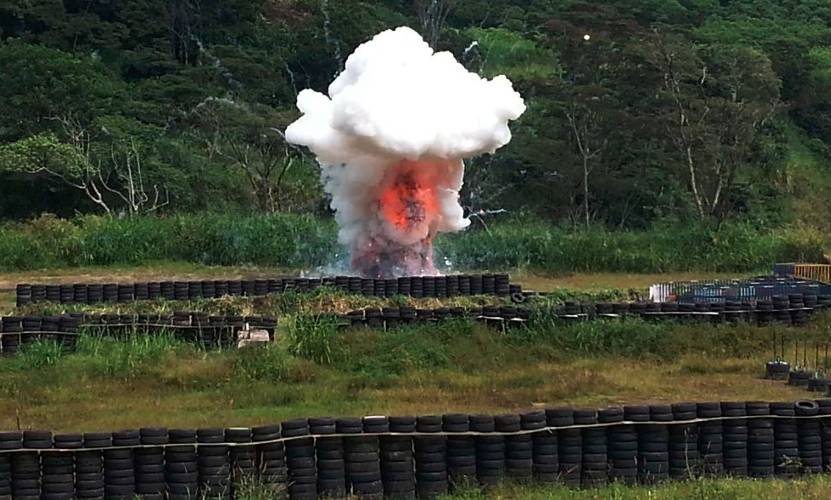 The pyrotechnic explosives were seized by police across the country, either because the owners did not have the respective sales, distribution and/or transport permits or despite being legal gunpowder they did not meet the regulations of Ley 7530 of the Law on Firearms and Explosives.

The destruction this morning is the largest in five years, according to government officials. Among the destroyed material was firecrackers (triquitraques in Spanish), dynamite and flares.

The burning of was done in Moravia, in an area known as Poligono 38 Especial – a special place reserved for this purpose  under the watchful eyes of explosives experts and the minister of Security, Mario Zamora and his deputy ministers, Celso Gamboa and Agustin Barquero.

Due to the upcoming year-end festivities, November is a peak sale period for fireworks in Costa Rica. Last year 829 applications were made, of which 772 permits were granted. This year the DGA reports so far 552 applications, approving 313 while the rest are under review.

Fireworks in Costa Rica are common for all types of celebrations, but nothing like Christmas and New Year’s Eve.

On the dark side of, the  Children’s Hospital (Hospital Nacional de Niños – HNN) in San José last year saw an increase of 8% of burns over the previous year.