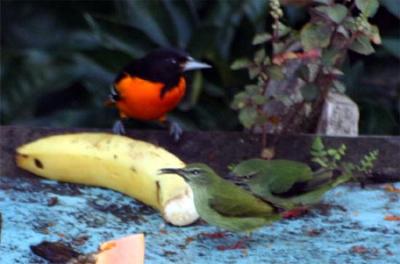 In the early 21st century, the bed & breakfast (B&B) lodging trend became a cottage industry in Costa Rica and gave hope to families whose properties had the potential to attract tourists looking for cozy, alternative accommodations. 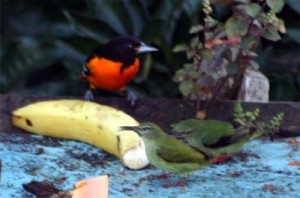 More than a decade later, many B&B operators are closing their doors in Costa Rica, and the rest are weighing their options in the midst of a protracted crisis.

According to a recent article by Ana Cristina Camacho Sandoval of business weekly El Financiero, at least ten B&B locations in San Jose have ceased operations in the last four years. Although the entire tourism industry in Costa Rica has suffered since the global financial crisis became clearly manifest in 2008, B&B operators have had a particularly hard time trying to keep their businesses afloat.

When Competition Becomes a Problem

The B&B sector in Costa Rica is difficult to quantify since the National Board of Tourism (Spanish initials: ICT) does not keep track of this cottage industry. The National Network of Small Hotels (Spanish acronym: Renaph) believes that B&B operators have been the most affected by the tourism downturn. One of the problems is the fierce competition between B&B lodges and hotels.

B&B facilities in Costa Rica typically offer between two and five rooms for guests. Their main competitors are small hotels of up to 50 rooms. A B&B administrator in La Fortuna de San Carlos told El Financiero that the problem is not so much a drop in visitors, but what competitors are willing to do to capture their business. For example, the Tres Gatos Vegetarian B&B charges between $20 and $30 per person for locals and adds a $10 surcharge to foreign visitors. Some small hotels can charge as low as $8 per night during the slow season.

Quite a few B&B operators in Costa Rica are putting up For Sale signs. How would you like to acquire a 10-bedroom mansion in the pristine Palo Seco Island, province of Puntarenas? It’s yours for $1,350,000. A five-bedroom, 874 square meter B&B in Escazu is listed at $500,000. If you prefer the beach, there’s the B&B Dominical listed at $699,000; this 10-bedroom property, which is less than 200 meters from the sand, was built in 2007 -not the best time to enter the B&B market in Costa Rica.

One of the reasons B&B operators are calling it quits is legislative proposal 18.251, which will charge a very high tax to all providers of accommodations in Costa Rica -including hostels and love motels. This revenue currently goes to the ICT’s coffers; some politicians would like to see some of it be dedicated to nature conservation projects. Many hotels and B&B operations do not collect taxes for fear that doing so will drive guests away. With ICT pushing for revenue collection enforcement, many small hotel owners in Costa Rica are contemplating exiting the business.

- Advertisement -
Paying the bills
Previous article[Video] Yorly Barboza Talks About Her Food Truck Business
Next articleTico Men Are “Out of Control” With Sexual Enhancers, Say Experts