Tico Men Are “Out of Control” With Sexual Enhancers, Say Experts 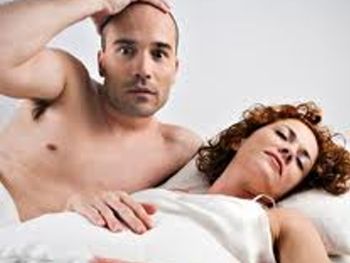 Longing to be supermen under the covers, Costa Rican men, like many men around the world, are on a journey of which may have no return and even lead to death. 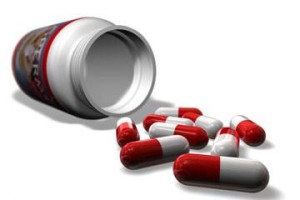 Believing the advertisements, men who experience problems in the bedroom can pop a pill once a day and instantly enjoy more passionate, longer-lasting satisfying sexual experiences and leave the feeling confident about their manliness.

But health care professionals caution men to think about what marketers fail to tell you. These “miracle” enhancement drugs can lead to physically and emotionally painful side effects, including erectile dysfunction (ED).

We’ve entered an era where talking about sex isn’t taboo. People aren’t afraid to discuss ways to improve their sexual function, and companies are flooding the market with over-the-counter drugs they claim will solve a couple’s problems in the bedroom and make men the tigers their wives supposedly want them to be.

As in other parts of the world, Tico men are no exception in seeking out options that include counterfeit products and in some cases turn to the drug smuggling world to improve their sexual performance.

On the one hand, Costa Rican men have been one of the largest consumers of treatments for erectile dysfunction. This has also led to a black market that is becoming more popular, catering to the needs of “invisible” patients, who experts say, do not know the long term consequences. 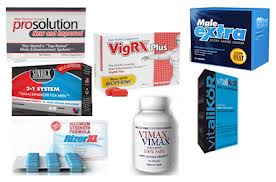 This year, 99 countries participated in Operation Pangea by Interpol, combating the sale of illegal medicines online. Pangea VI, an international week of action that ran June 18 to 28 resulted in the confiscation of 10.1 million illicit an counterfeit pills valued at US$36 million dollars, more tha 13.700 websites shutdown, 41.000 packags confiscated by customs authorities and 213 people under investigation or under arrest for a range of offences including: illegal internet activity; illegal sale of medicines and supplying unlicensed medicines.

Despite the efforts, Costa Rica health and finance authorities and leading pharmaceuticals like Pfizer, say they find it difficult to win the battle on national soil.

The Director of Corporate Affairs at Pfizer Central America and Caribbean, Federico Valerio, estimates that the increase of sale of counterfeit drugs increase 13% every year.

Although there is no precise data on how many men suffer, it said that about half of the male population suffers from sexual dysfunction at some point in their lives. The strange thing is that is happening to young adults, who for fun ignore the ordeal hat can start with the use of such drugs.

“In Costa Rica we dot not have specific data and world data is not completely reliable because the men who have the problem do not tell anyone. It was long believed that erection problems were associated with two things that are not true: old age and psychological problems,” medical doctor and sexologist, Mauro Fernandez, told CRHoy.

Erectile dysfunction, also known as impotence, is a condition in which a man is consistently unable to get or maintain an erection sufficient enough to have sexual intercourse. The condition is more common in older men, and certain medical conditions, like high blood pressure or diabetes, can increase a man’s risk. 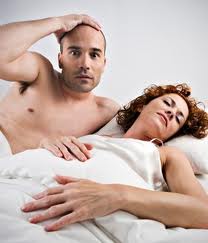 Things You Should Know. There are several things every man should understand about male enhancement drugs before popping a pill in the hopes of revving up his sex life:

Naturally, these issues can lead to sexual misunderstandings and stress between couples, but you have to identify the problem before you can fix it, and pills will not solve this problem. Understanding how your sexual brain works usually will.

In most cases, the problem is the man’s lack of understanding about overall sexuality and how to interpret his partner’s body signals.

Most people choose to address the problem with a quick fix, like an over-the-counter drug, because talking to a doctor or their partner about it is too embarrassing.

Talk With Your Doctor. Erectile dysfunction can be treated when the underlying cause for the problem is diagnosed by your urologist, and almost everyone will have some form of sexual dysfunction as they age, whether it manifests as a decrease in arousal, ability to maintain an erection or ejaculation timing. But problems with sexual function don’t necessarily mean disease.

Misuse or abuse of male enhancement drugs that contain herbal substances can cause serious side effects. The most serious side effect is priapism, a persistent, painful erection that lasts for hours. Priapism, which can occur without sexual stimulation, requires surgical intervention and can eventually lead to erectile dysfunction.