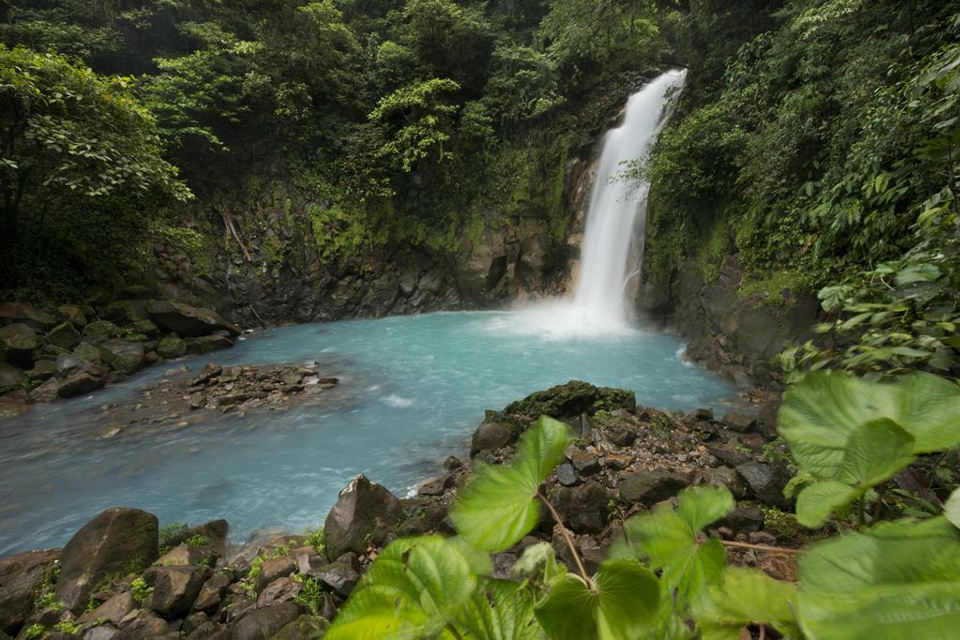 Costa Rica knows this well. Situated in a vulnerable region, this nation is in a race against the weather to preserve its famed biodiversity and keep the economy afloat.

The bread-and-butter effects of climate change in the country are getting harder to ignore. According to a Ministry of Agriculture study, between 2005 and 2011, increasingly common floods and drought attributed to climate change cost Costa Rica at least $710 million, due to damaged roads and agricultural loss.[su_pullquote class=”H2″]

Their ambition will show that development and sustainability are not incompatible.

So the tiny nation has set itself a huge goal: becoming the world’s first carbon-neutral country by 2021.

Many environmental organizations praise the initiative and hope Costa Rica will serve as an international role model. “Their ambition will show that development and sustainability are not incompatible,” says Wael Hmaidan, director of the Climate Action Network – International.

But officials say Costa Rica isn’t seeking laurels or followers. “We are doing this for ourselves, not to give an example,” says William Alpízar, director of climate change direction at Costa Rica’s Ministry of Environment. “If others want to follow, that’s great, but we need to address this for our own sake.”

Carbon neutrality comes at a cost — Alpízar says reforestation alone has cost $100 million in the last three decades — but the government thinks the price of inaction would be much higher.

Take agriculture, one of the main economic drivers, which has seen declines in production of some of the country’s most popular crops. Banana plantations are hurting due not only to drought and higher temperatures but also to plagues of insects, which have become more common. Exports of coffee fell by 26.7 percent in 2013, and this year’s estimated production has been reduced by a fourth, because of a shortage of rain in the north. Fluctuation in rainfall is normal, but climate change is thought to be the cause of the recent extremes and could bring precipitation down by 22 percent in 2100.

Costa Ricans need look no further than the electricity bill, which has risen 15 percent since the start of last year. Ninety percent of the country’s power grid is hydraulic and vulnerable to the decline in rainfall.

Costa Rica’s not alone. El Salvador estimates that climate change is costing its economy around 3 percent of the GDP each year, mostly from lost infrastructure and lives due to extreme weather. In neigborhoring Honduras — already poverty striken — drought could cause a food crisis for 76,000 of the lowest-income families.

Several factors put Costa Rica ahead when it comes to fighting climate change. First, it has a history of environmental action. Its forest conservation program includes biodiversity and forest laws, offers incentives like subsidized loans to landowners, and establishes a 5 percent tax on gasoline to pay for environmental services.

Another advantage is its green electricity grid — mostly hydraulic and geothermal — which Costa Rica is trying to diversify by attracting foreign investment for solar power and wind farms.

It’s a simple equation: reduce emissions while absorbing carbon in “sinks” like forests. And making a business out of it.

“We don’t see this as just an environmental problem,” explains Alpízar. “It’s something that needs to be tackled from an economic and social point of view. Everybody needs to pitch in.”

This implies working together with the private sector: instituting a national system to certify carbon-reduction practices and issue “C-Neutral” labels for green companies, a voluntary practice that has seen a growing number of takers and that, in 2011 alone, reduced emissions of greenhouse gases by 20,143 tons.

The government argues that going neutral will spur economic growth by making businesses more efficient, fostering technical advances and creating jobs in sectors such as transport, energy and agriculture.

Transportation is a challenge because it includes so many actors: everyone with a car.

Other initiatives include the creation of a domestic carbon offset market, cheap credits for electric cars, training farmers to use less synthetic fertilizer and launching public education campaigns.

The main difficulty is transportation, which produces 46 percent of carbon emissions. If the economy continues to grow, it could be 66.8 percent by 2030.

“Transportation is a challenge because it includes so many actors: everyone with a car,” says Carolina Herrera, Latin America specialist for the Natural Resources Defense Council, adding that the country needs to modernize its public transport system and create a biofuels strategy.

Economic concerns could also clash with environmental commitments. The consumption of hydrocarbons for energy production has tripled in the last five years because of water shortages. The government’s also planning to upgrade an existing oil refinery. “Investing in carbon neutrality and then in oil sends a dangerous double message,” Hmaidan argues.

Alpízar, however, insists Costa Rica is not falling off the green wagon. “The purpose of the oil refinery is to guarantee energy security. It would not affect carbon neutrality,” he says. But he admits 2021 might be too tight a time frame. “If we can’t make significant progress on the transportation front, we might have to postpone it,” he says.

Assessing progress to the goals will have to await a comprehensive study of emissions later this year.

Meanwhile, officials estimate Costa Rica will still emit about 21 million tons of carbon in 2021, 75 percent of which it hopes to capture in forests. So the goal for 2021 is to reduce the remaining excess of 5 million tons.

Still, Costa Rica’s battle against the heat has turned the nation into a laboratory for climate solutions. Other nations, maybe even the U.S., might want to take away lessons to avoid a broke, watery future.