TODAY ARGENTINA (Prensa Latina)The Argentinian state firm Invap is responsible for the construction and preparation of the Argentine satellite that is on route to the space base in Kourou, French Guiana, where it will be released in October. 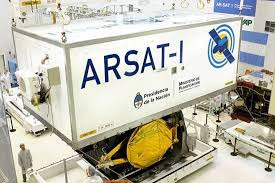 Once in operation it will provide telephony, data communication, internet and television. Also in that same estate are also developing the Saocom Arsat-2 and 1A satellite, both in integration stage.

To move forward with the construction of the Arsat-1 and Arsat-2 satellite state Arsat Invap joined as contractor, responsible for managing these projects, the full development of engineering, manufacturing and testing according to TV Channel 7.

Argentina is developing it transporter missil Tronador in testing stage that will be used for future launchings of locally mada satelites.

EXPAT FOCUS (MND) Of course it was no surprise that readers of Mexico News Daily voted Mexico as the No. 1 expat destination in...
Reports