COSTA RICA NEWS – Costa Rica’s immigration service with support from the International Organization for Migration (IOM), this week rolled out the “Migramóvil”, a fully-equipped bus manned by migration officials who are bringing information and services to the Costa Rica-Panama border region.

With funding from the US Department of State Bureau of Population, Refugees and Migration (PRM), IOM provided all of the equipment for the bus.

“We are confident that the Migramóvil will reinforce the outreach of the immigration officials providing services to citizens who live far from the capital, but also to vulnerable migrants in the border areas,” said Luis Carlos Esquivel, IOM Chief of Mission in Costa Rica. 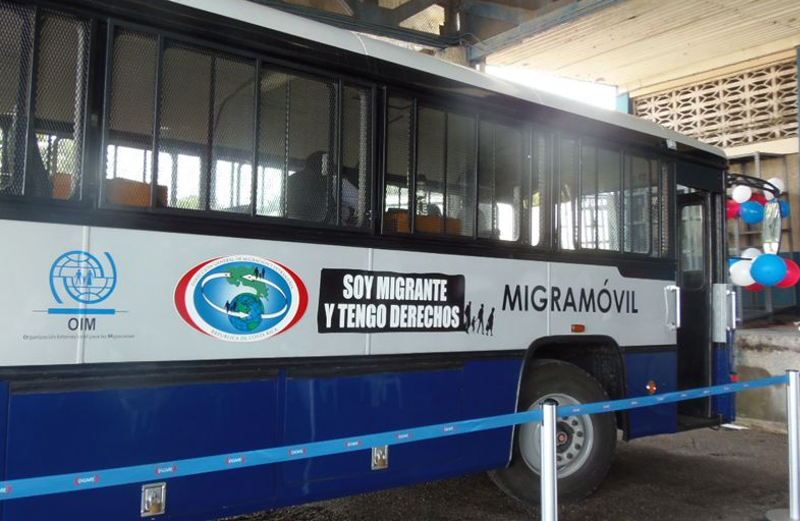 Kathya Rodríguez, Costa Rica’s Director General of Migration added: “This project began in our regional office in the city of Puntarenas (Pacific Coast), and now we are happy to bring the mobile service to all parts of the country.”

Officers on the Migramóvil provide information on migration-related requirements, forms and other basic services. In the future they expect to provide a wider range of services, including taking applications and scheduling appointments.

According to the 2011 census, 385,899 residents in Costa Rice are foreign born, representing 9% of the country’s total population. Main countries of origin include Nicaragua (75%), Colombia, United States, Panama and El Salvador. Many migrants live in regions far away from the capital, San José; the northern districts of Los Chiles (27%) and La Cruz (18%), and Garabito (24%) on the Pacific Coast.

Despite Costa Rica’s progress in putting forward good practices and developing mechanisms to strengthen the protection of rights of migrant populations, challenges remain to address the multiple and complex needs of specific vulnerable groups, such as indigenous persons, extra continental migrants and migrants that fall victim of labor exploitation and human trafficking.

It is estimated that between 9,000 and 12,000 Ngäbe-Buglé indigenous people migrate from Panama for seasonal work in coffee plantations in Costa Rica; many of them travel undocumented.

Costa Rica is also a country of origin for more than 124,000 migrants. Most of them reside in the United States. 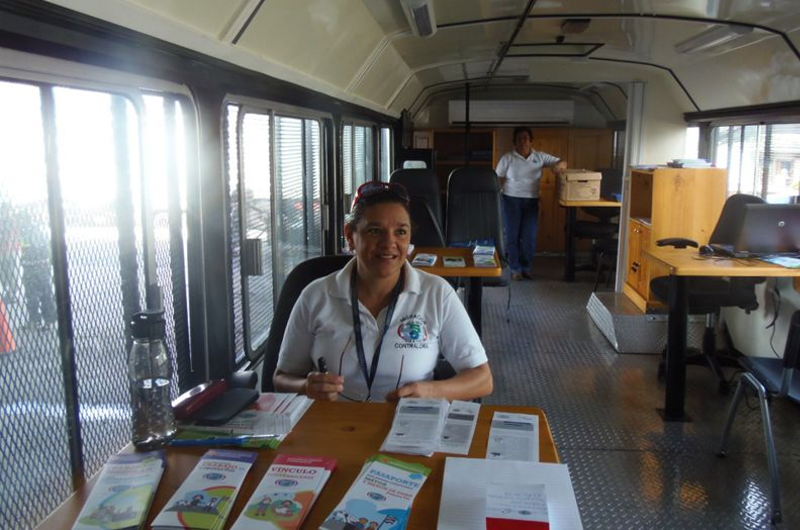 Support for the Migramóvil is provided as part of a US-funded, IOM-managed regional project aimed at capacity building for the protection of vulnerable persons in Mesoamérica.