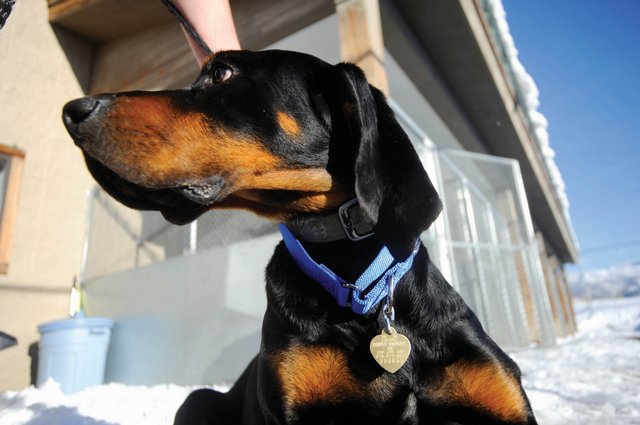 The difference between a bill to require licenses for pets in this country with similar legislation in other countries seems to be that it is the Costa Rican pet owner who must be licensed.

The bill was passed out of committee for floor debate last week as an addendum to the 1994 Animal Welfare Law. It would require owners to take an afternoon course in animal care, reported the national paper La Nacion.

The animal welfare agency, SENASA, would issue the license — but not to everyone, according to the bill. Those with prior convictions for a number of violent crimes such as homicide, domestic aggression, sex crimes and robbery would be banned from having potentially dangerous pets.

Those with physical, mental or psychological limitations would also be prohibited from owning dangerous pets such as pit bulls they could not be expected handle. Whether this would meet a constitutional test remains to be seen.

According to Unimer pollsters, 73% of Costa Ricans admit having pets. SENASA would be charged with granting the licenses. The bill may have been spurred along by a spike in dog attacks, especially in Desamparados.

The bill would also require that municipalities establish shelters for abandoned animals. Although all the prerequisites to being granted a license are as yet left vague in the bill, La Nacion reports that most lawmakers view it favorably.

“This license is a pretext, a formality so that (owners) are trained,” Chacon told La Nacion, “because the required course will be formulated by SENASA.”

Chacon explained that what was envisioned was training in pet care such as treatment of puppies, aged pets, treatment of parasites, vaccinations, among other issues.

Commentary: This appears to be a right approach to humane treatment of animals under human care. As some veterinarians say, “The are no problem pets, only problem owners.”

However, this bill does not treat the basic question of maintenance of American Staffordshire terriers and other potentially dangerous pets nor does it create a leash law for dogs. The absence of expensive dog catchers in the country hampers protection of innocent bystanders.

Many who keep and train dogs for the fighting ring have pristine records with the courts, so escape the ban on ownership of dangerous breeds. Another problem is that not all breeds such as Rottweilers are necessarily dangerous if well cared for and given attention.

Unless the bill is modified during debate, it will still not treat this problem nor the pit bull menace. It also does not specify a remedy for a gaping cavity in local law — may police shoot a dog to save someone under attack?

The defect was revealed — but avoided by lawmakers — by the mauling death of Natividad Candida in which police milled around outside a shop back yard while the victim bled to death from wounds caused by two Rottweiler guard dogs. (See previous article.)

The dogs were on private property and police were uncertain of the legality of entering the yard to aid a trespasser. Although not only seven policemen but a night guard and the shop owner were all absolved by the court, the resolution raises more questions than it answers.

This bill would seem to offer lawmakers an opportunity to deal with liability and police duty issues. But lawmakers everywhere in the world often prefer to take the path of least resistance.

As written, this bill offers more protection to pets than people. It also avoids a prohibition on use of strychnine and other painful and inhumane poisons being used to kill strays, such as recently happened in Cartago.