The Ministry of Health has ruled out Chikungunya or CHIKV in the two suspected cases in the country. Dr. Roberto Castro Cordoba, on Monday said tests confirm that the boy in Cuidad Neily and man in San José do not hav CHIKV. 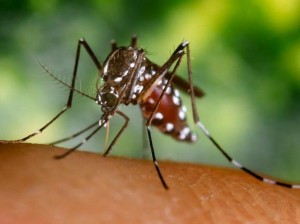 In both cases, the patients had recently returned from a trip to the Dominican Republic, one of the Caribbean countries most affected by the Chikugunya.

Castro added that the results were possible by test kits provided by the the Centers for Disease Control and Prevention (CDC) in the United States, sent to Costa Rica last week.

The kits allowed the Instituto Costarricense de Investigación y Enseñanza en Nutrición y Salud (Inciensa), the only authoritized centre to perform the tests, to perform up to eight tests in total, all of which were negative.

The doctor reiterated that the two cases were merely suspicion and the protocols were applied as a form of prevention, just in case and warned that any rapid test being offered has not received the endorsemne to fhte Ministry of Health for use in the country.

The concern of the possible presence of the Chikungunya virus in Costa Rica is due to tendency of the illness to spread, which may strain health services.

The illness was transmitted by the Aedes aegypti and the Aedes albopictus mosquitoes that also transmits the dengue fever, another epidemic that have hit almost all Latin American countries during the rainy season, mainly since the 90s.

This is a new illness, which causes great disability in the people carrying it, explained Dr. Castro.

According to the doctor, 80% of people affected suffer for two months serious attacks to their general state; some 50 percent reach a third, more serious period and five percent reach a fourth period two years later, with serious injuries even in their joints.

“The only remedy is to eliminate its breeding grounds, this is the only vaccine against this new illness,” stressed Castro.

“This is no warning to alarm the people, but for them to take the necessary steps to eliminate the breeding grounds and minimize the spread of the virus,” he said.

QCOSTARICA - American Airlines announced that starting November 2, 2021, it will offer a direct flight between Austin, Texas and the Daniel Oduber International...
Quepos

QCOSTARICA - Despite the improvement in tourist arrivals reported in May, with more than 72,000 visitors, both the Cámara Nacional de Turismo (Canatur) and...
Latin America