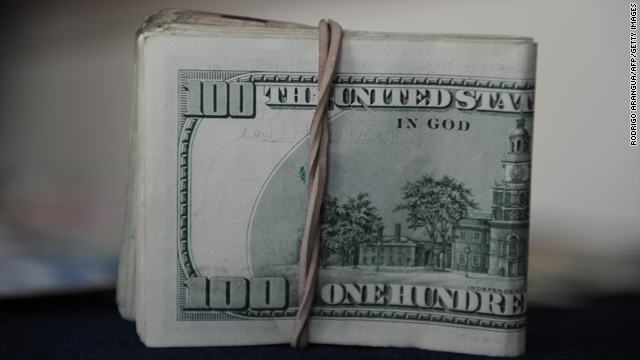 A legislator in Costa Rica brought up explosive accusations against two political parties during a debate on campaign reform. Jeanette Ruiz from the Citizen Action Party (PAC in Spanish) has insinuated that Liberty Reserve, a controversial money transmitter based in Costa Rica, donated money to fund the electoral campaigns of the Libertarian Movement and the powerhouse National Liberation Party (PLN in Spanish).

Liberty Reserve and its principals are currently facing an indictment that the United States categorizes as the largest money laundering operation in the world. The company’s operations were based in Costa Rica, but two of its principals were arrested in Spain as they landed in a flight from Morocco. Liberty Reserve was formed by two foreign businessmen who became naturalized citizens of Costa Rica.

Although Liberty Reserve became active circa 2006, the company had been around since before then. By 2009, the company was moving millions of dollars each year in a system that involved the exchange of digital currency in an online platform. The U.S. Attorney for the Southern District of New York claims that Liberty Reserve laundered more than $6 billion by operating as a sort of PayPal for crooks. Hackers, multilevel marketing swindlers, drug traffickers and other law breakers allegedly flocked to Liberty Reserve due to their implied anonymity and lax “Know Your Customer” practices.

During a debate session on limiting contributions by the government of Costa Rica towards a common fund that political parties can use in their campaigns, legislator Maria Jeanette Ruiz made her accusation against the social democratic PLN party and the Libertarian Movement.

“These parties received campaign donations given by a law firm that has since disappeared. They made donations to these parties… So, is that what you want? To keep creating these loopholes?”

Legislator Ruiz referred to the loopholes that could emerge by reducing the government’s contribution to all political parties from 0.19 percent of the country’s gross domestic product down to 0.11 percent. Powerhouse parties such as the PLN are well-heeled thanks to their strong connections to powerful people in Costa Rica who share the social democratic ideals of the party; thus, the PLN does not need to tap into the general campaign fund too much. Several other political parties in Costa Rica, however, are tiny and need all the help they can get.

Legislators who argue against lowering the government’s general contribution to electoral campaigns fear that limiting these funds could push political parties to seek alternative, and not altogether ethical, form of financing. Legislator Ruiz says that she has hard evidence that Liberty Reserve made these donations at a time when authorities in Costa Rica demanded that the company obtain a money transmitter’s license. The company’s main office was once located in the Forum II corporate park near Lindora.

Liberty Reserve did not want to open their books the way money transmitters in Costa Rica are required to, and thus they changed their corporate structure to remain a digital currency facilitator. The company allegedly obtained profits of about $100 million, which were kept in several accounts -many of them in the Agrarian Credit Bank of Cartago. These funds were eventually transferred to Cyprus prior to the 2012-2013 banking crisis in that nation.

Prosecutors and the Supreme Tribunal of the Electorate will investigate the allegations made by legislator Ruiz.

QCOSTARICA - Our country, Costa Rica, worsens in how...
Consumption